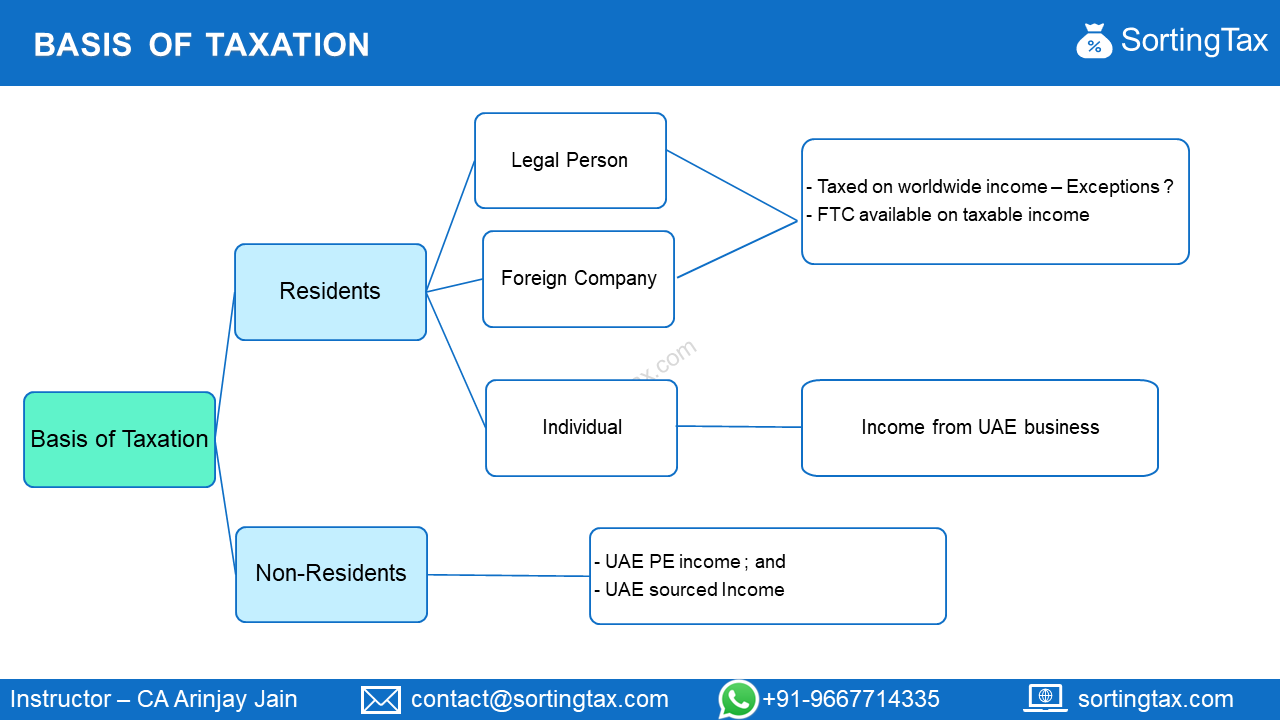 A natural person may be a UAE resident , or a non-UAE resident. However, where such person is engaged in a business or a commercial activity in the UAE, whether directly or through an unincorporated entity,  they   would be treated as a resident person and liable to pay tax on their business income in the UAE .

A natural person may carry on   business or commercial activity , either directly , or through an unincorporated  partnership. For example, let’s say, Mr X,   is engaged in Trading goods in the UAE, in his own name and he is tax   resident of UAE. in such a case Mr X,  will be liable to tax on  his  business income in the UAE.

Natural person carrying on business through an unincorporated partnership

Legal entity incorporated in the UAE

Foreign legal entity deemed as a resident of UAE

The basis of taxation,  will be governed by whether the person is a resident or a non-resident. If the person is a resident, one would need to determine, which income they are liable to tax on.  Generally in respect of income of residents, which has suffered taxes in overseas  jurisdiction,  the resident is eligible for the foreign tax credit against the tax payable in UAE on such income.