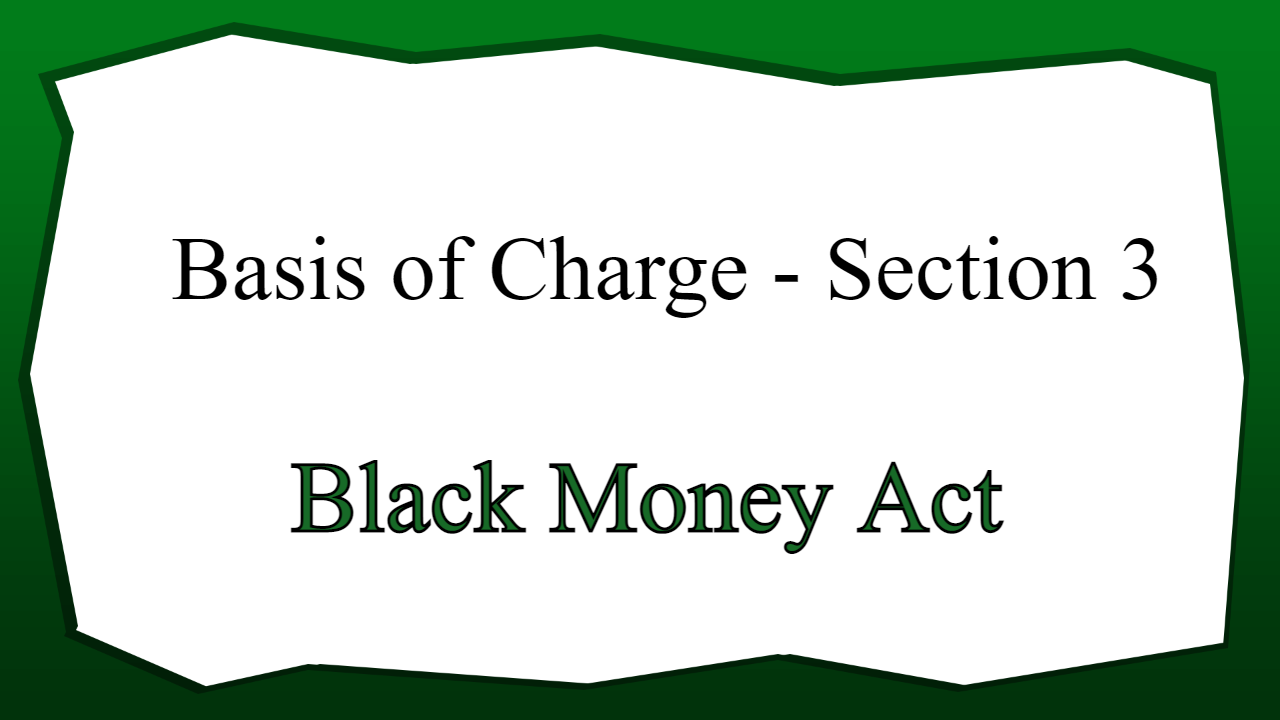 Mr. John, stayed in India for a period of 200 days during FY 2017-18. He has always stayed in India throughout his life and had never travelled abroad.   However, he has filed income-tax returns with Nil  taxable income until FY 2017-18.  Based on certain information required during the search of XYZ Limited., his case is picked for scrutiny assessment for FY 2015-16. AO has discovered certain investment in house property situated in India, which   Mr. John  who was not able to explain in terms of the source of money through which such properties were acquired.  You are required to comment whether such unexplained investment would be covered under the Black Money Act ?

Mr. Raj, is a service provider in India . During the Previous Year 2016-17, he worked on assignment of foreign client , while he stayed in India . Mr. Raj did not disclose such income in his ITR . Whether provisions of the Black Money Act would be applicable on such income earned by Mr. Raj ?