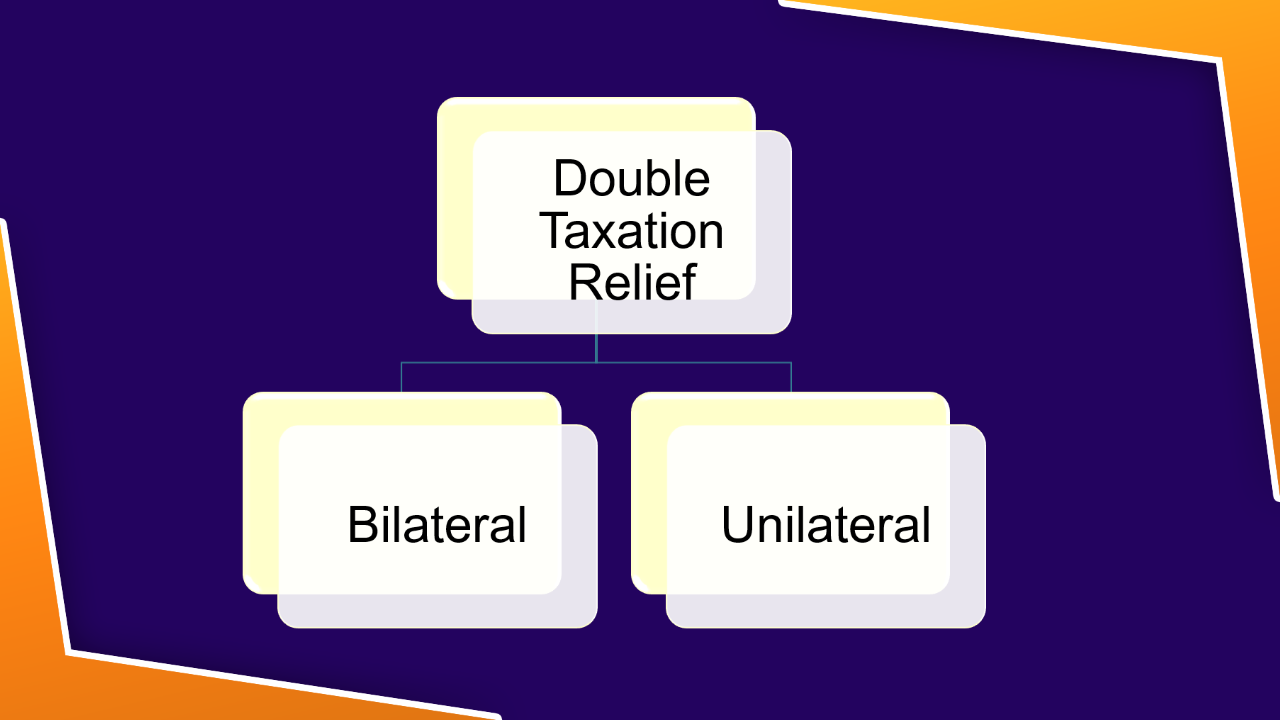 There are two types of relief from Double Taxation Relief – Unilateral Relief and Bilateral Relief , which are available to a non-resident who is a resident of one country (say USA) and operates in another country (say India) . In certain cases of international trade and commerce,  income earned by a resident of one country (“may be an individual or a  company”), from another country , may be taxable in both the countries, due to different tax rules. This is a case of  Double Taxation of income. In order to address the situation of Double taxation, various  countries generally provide credit for taxes paid in overseas jurisdiction, either under their domestic tax laws, or in view of specific provision in the Tax Treaty entered into with such foreign jurisdiction . For Example, if an Indian resident taxpayer has paid tax on income sourced from Foreign jurisdiction to Foreign Government, in such case, the taxpayer can take the credit for the taxes paid to Foreign Government against the taxes payable to Indian Government on such income.

It may however be noted that generally the credit is given only against the tax which may be payable against the foreign income in India. In case the income on which tax has been paid overseas is not liable to tax in India, or is liable to Tax at a lower rate , no credit may be given for taxes paid in the Overseas jurisdiction.

*The balance tax paid in overseas jurisdiction(20-10) in Case 2, will not be available as credit in India against  tax payable on  any other income . 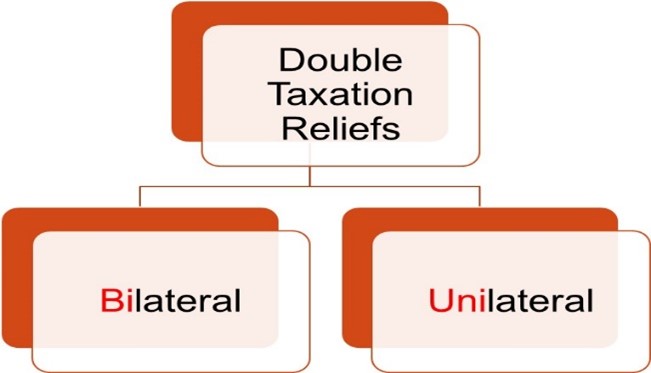 The relief for tax may be given in the following two ways : –

Let us discuss these two in detail.

In case of bilateral relief, Governments of two countries ,   enter into an agreement to provide relief against Double Taxation , on mutually agreed basis.

Such a relief can be provided  under either , or both of following methods : –

A. Exemption method of Bilateral Relief

Under this method, one of the two countries where Tax is payable,  exempts such income from tax. The other country, has the rights to  tax such income.

Under this method, income is taxed in both the countries as under : –

Under the Indian laws, depending on the nature of payment, both exemption method and the credit method are used to provide double taxation relief. 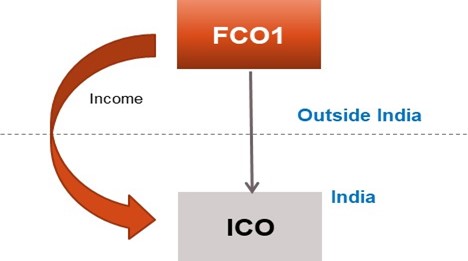 In certain cases, where there is no double taxation avoidance agreement, between the Country of source and Country of residence,  the country of residence of the   taxpayer, may provide  tax relief  under its domestic tax laws. Such a relief is known as Unilateral Relief.