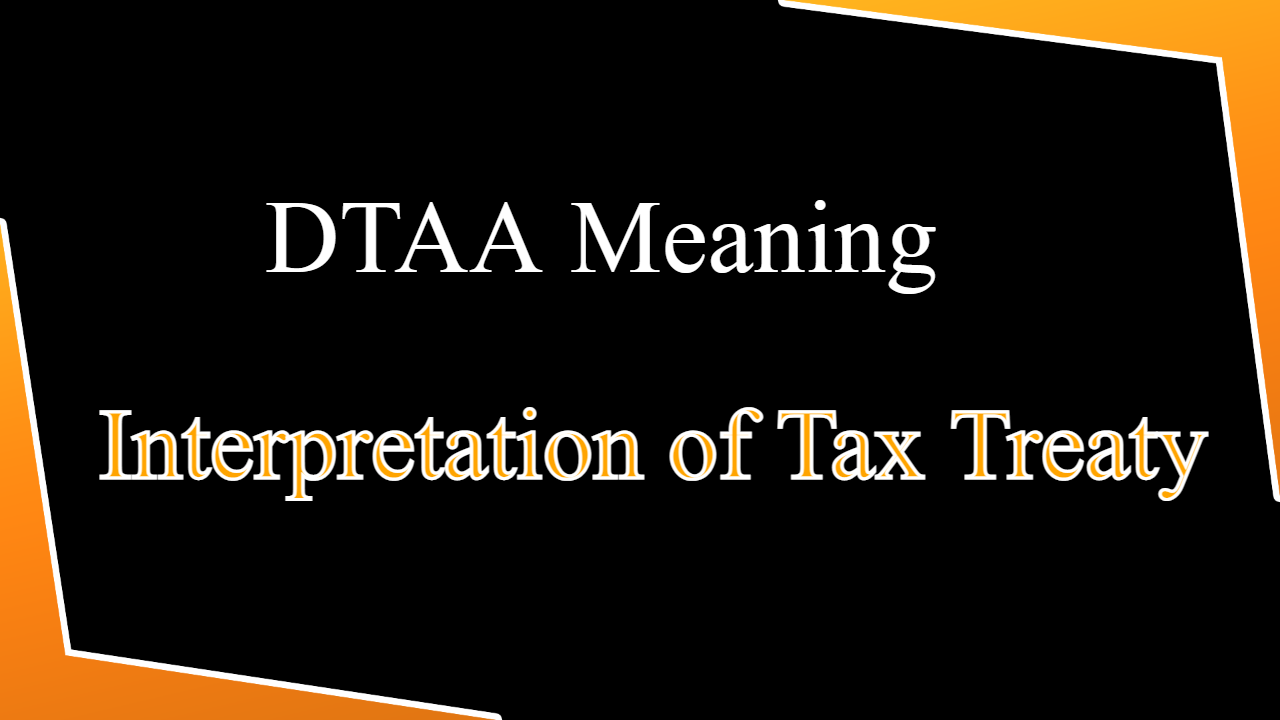 DTAA Meaning – Tax treaties , which are also called Double Tax Avoidance Agreements, or DTAAs,  are agreements between two or more sovereign countries. The intention behind such agreement is to avoid   double taxation for various forms of income which may be derived by residents of there states by arriving at an understanding as to how their residents will be taxed in respect of cross border transactions. DTAA may cover a range of taxes, including income taxes, inheritance taxes,  or other taxes

A Tax Treaty, is intended to avoid double taxation in respect of various income which may be derived by resident of one country, when doing business with others in another country.  Depending on the trade relations/ interaction between two countries, there may be a need of Entering into an agreement in respect of certain specified income. DTAA’s, depending on the income in respect of which agreement has been entered into, can be of two types : –