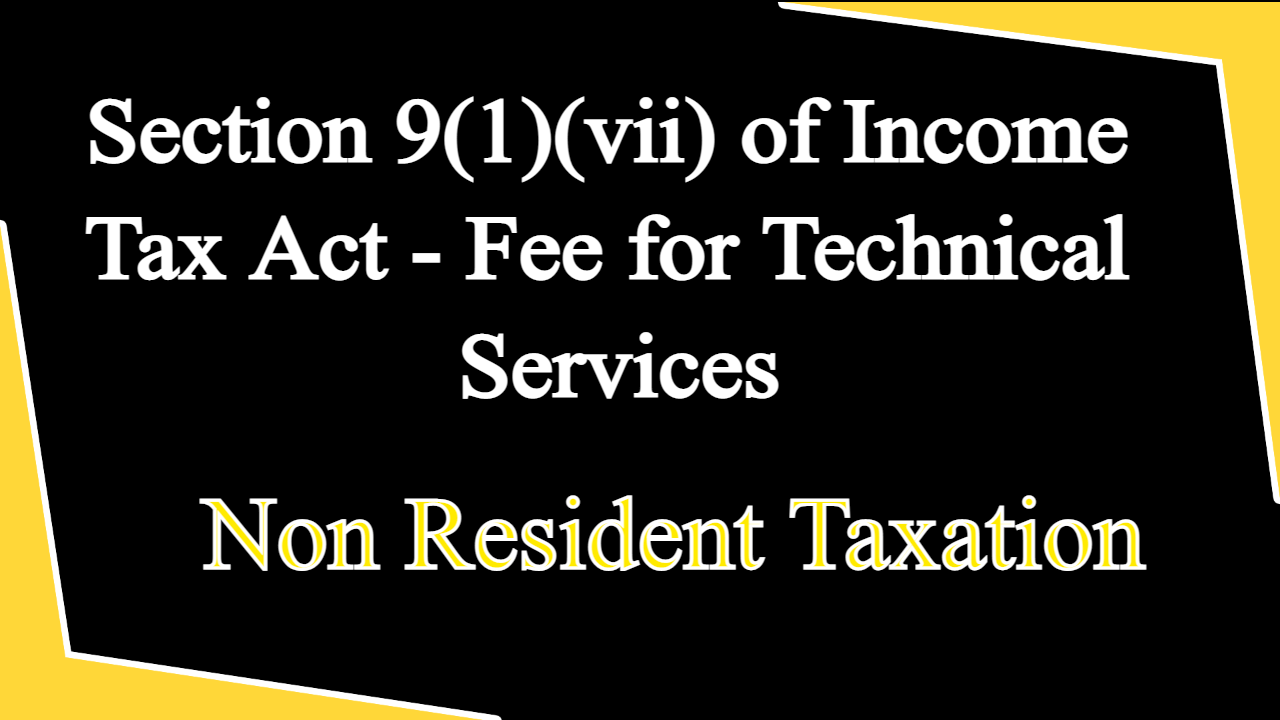 Bird’s Eye view of the ‘Fee for technical services’

FTS payable to the non- resident , could be from the following Payors : –

The circumstances under which such FTS is deemed to accrue or arise in India are discussed as under : –

A. Fee for Technical Services payable by Indian Government to Non resident Deemed to accrue or arise in India – Section 9(1)(vii) of Income tax Act.

Under section 9(1)(vii), FTS, payable by the Indian Government to any non-resident, shall always be deemed to accrue or arise in India, without any exception. In such a case, the Government could be the Central government or the State government

B. FTS by Resident deemed to accrue or arise in India – Section 9(1)(vii) of Income Tax Act

Under section 9(1)(vi), FTS payable by a person , who is a resident in India, to a non-resident , shall be deemed to accrue or arise in India , unless it falls under the following  two exceptions  : – 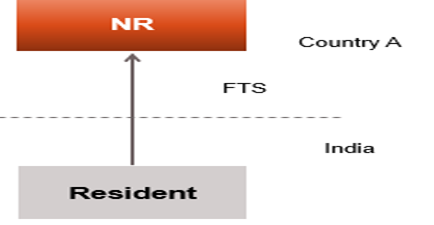 FTS payable by a one non-resident to another non-resident shall be deemed to accrue or arise in India only when any one or both the following conditions are satisfied : – 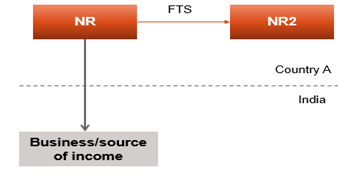 In terms of the above explanation, Fees for Technical Services means any consideration (including any lumpsum consideration) for the rendering of any –

It also includes providing the services of technical or other personnel .

FTS does not include :

ABC Private Ltd. an (Indian Company) , had a dispute with a customer in India, for violation of copyright which was subject to the Indian Courts at Delhi, but involved interpretation of certain international Terminology for which it availed the services from a UK based law firm,  for which it paid a fee amounting to USD 30,000 per quarter ? You are required to comment whether such periodic payments would be treated as Royalty or Fees For Technical Services under Section 9  of the IT Act ? 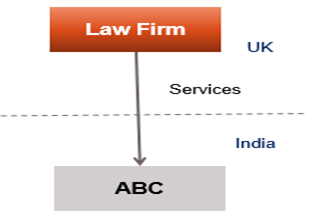 Fees For Technical Services, includes payment for availing of any consultancy services, especially from a person having special skill and expertise . In this case, the UK law firm has special skill and expertise to provide consultancy services . The term FTS includes both lump-sum payments and periodic payments . Thus, periodic payments made by ABC Private Ltd would also be treated as FTS under the IT Act .

BCL India Private Limited (Indian Company) makes payment to a testing laboratory in UK for carrying out quality testing on products manufactured by it . Lab reports are generated by machines without any human intervention . Whether such payment by ICO would be treated as FTS ? 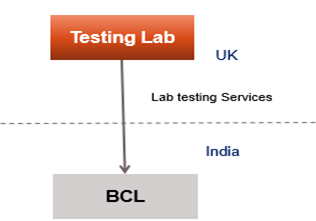 GLF Private Limited is engaged in real estate business . It has employed non-resident civil engineers to work on its commercial projects in India who carry out designing work . Whether remuneration paid to civil engineers can be treated as Fees for Technical Services ?

Consideration paid for technical services, which would be taxable under the head Salaries, is specifically excluded from the definition of Fees For Technical Services under the IT Act . Accordingly, such payment would be taxable as salary in the hands of engineer .

Badaani Power Private Limited makes payment to BY Inc . (USA) for construction of power project . Whether such payment would be considered as Fees For Technical Services ?

Consideration paid towards construction, mining and like project is specifically excluded from the definition of Fees For Technical Services . Thus, payment made for construction of power project would not be considered as FTS .

Consideration paid on construction, mining and like project is specifically excluded from the definition of FTS . Thus, payment made to avail services on such project would not be considered as FTS . However, such payments would be taxable as per provisions of Section 44BB.

In all the aforesaid examples, it should be checked whether it would be treated as Fees For Technical Services under the DTAAs. Generally, if the definition of FTS under the Treaty is narrow, and the non-resident recipient is eligible for the benefit of the Treaty, search payments  would not be chargeable to tax in India.

Factors that do not effect taxation of interest, Royalty and FTS – Explanation to Section 9(2)

Interest, royalty and FTS   shall be deemed to accrue or arise in India to non-residents and, shall be included in their total income  and the following facts shall not make any difference in tax treatment   –

One Reply to “Fee for Technical Services”