What is Foreign Direct investment in India? 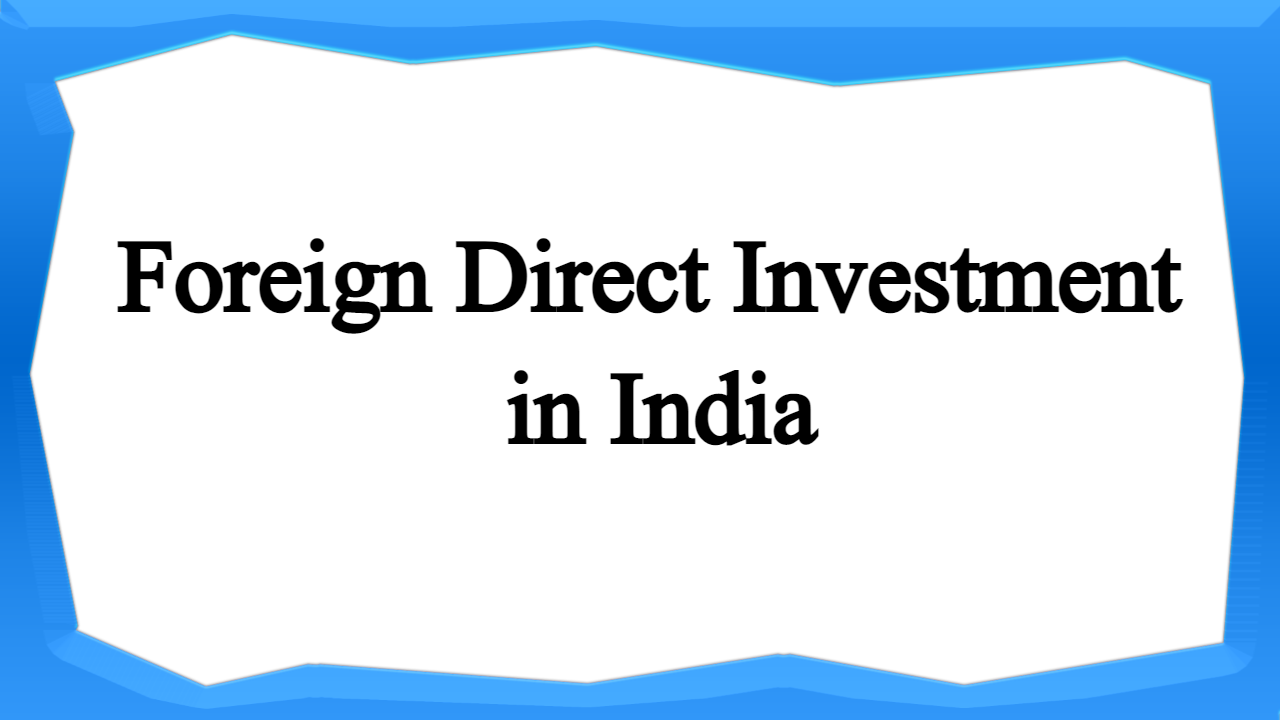 Foreign Direct Investment in India or FDI in India as it is commonly called, refers to investment in Indian companies by non-residents. Foreign Direct Investment (FDI) is considered as a major source of non-debt financial resource for economic development of a nation. There are various aspects involved in Foreign Direct Investment in India, and understanding what it is; its meaning and its nuances is a must for all non residents investing in India. This is particularly true, given that there are restrictions in various sectors where investment can be made, eligible persons / entities that can make investments, ownership limits for such investments, different available instruments for making such investment with different tax implications associated with each one of them and many other reasons.  FDI helps in providing long term sustainable capital in India which leads to technology transfer, development of strategic sectors, greater innovation, competition and employment creation amongst other benefits.

When a foreign company invests in India, they have to choose which instrument should be used to invest for the purpose of Foreign Direct Investment in India. It could be either shares (Equity, Preference, Convertible or Non Convertible), Debentures or Loans. Equity Shares are the most commonly used instrument by various foreign companies to invest into an Indian Company, or in case of acquisition of controlling stakes in existing companies. However, in the recent past, Compulsory Convertible Debentures, Compulsory / Non Convertible Preference shares have also found favour with the investors.

We would discuss certain key aspects of FDI in India in this note. For topics requiring detailed analysis/ evaluation, you can click on specific links to get more detailed and in-depth analysis.

Mode Route of FDI in India

Foreign investment, in eligible Indian entities, can be categorised broadly into   three  buckets :

Under the Indian regulations, Foreign Direct Investment in India can be made either under the Automatic Route, or the Approval Route. The Automatic Route of FDI refers to the entry route in which investment by a person resident outside India does not require the prior approval of the Reserve Bank of India or the Central Government for investing in India. The list of activities/ sectors is provided in Regulation 16 of FEMA 20 (R).

Government Route in FDI in India

There are certain sectors, investment in which is governed by the Central Government. This is because investment in such entities generally leads to transfer of ownership and/or control of Indian entities from resident Indian citizens to non-resident entities. The approval of the Government is granted through various Ministries / Departments. The procedure for applying for Government approval has been provided at http://fifp.gov.in/Forms/SOP.pdf

There are various Regulators / Agencies regulating FDI in India. The prominent one amongst those are as under (depending on the sector and the quantum of investment, an investor may need to approach one or more of them):

Let’s take a look at the sectors and the quantum of investment that are covered under the Automatic and Approval Routes:

These are just a few sectors that fall under the Automatic Route. There are many others that include but not limited to:

Prohibited Sectors under FDI in India

Non- Residents are prohibited to invest in India for the following sectors:

Types of Instruments for Foreign Direct Investment in India

A non-resident can invest through various financial instruments for the purpose of making FDI in India. Some of the most commonly used investment instruments are as under:

Note: These are subject to pricing guidelines/valuation norms prescribed under FEMA Regulations

In respect of convertible instruments (shares or debentures), the price/conversion formula of convertible capital instruments is required to be determined upfront at the time of issue of the instruments. As per the FEMA rules/regulations, once such determination is made, the price at the time of conversion should not in any case be lower than the fair value worked out, when such instruments are being issued. In case of unlisted companies, the price determination must be according to internationally accepted pricing methodology on an arm’s length basis. However, in respect of listed companies, valuation has to be carried out in terms of SEBI (ICDR) Regulations.

Advantages of bringing foreign investment into India are as follows:

What can the Government do to increase FDI in India?

The Government can take the following measures to increase the inflow of FDI in India:

Under the existing FDI Policy in India, the price at which fresh shares are issued by the Indian Company to a non-resident, should not be less than the price determined as per any internationally accepted pricing methodology for valuation of shares. Generally, discounted cash flow method is the most commonly used method for arriving at the fair value of shares.

Transfer of Equity Shares, is liable to Capital Gains tax in India. There is a special mechanism for taxation of shares of an Indian company, which are subscribed to in foreign currency by non- resident, whereby the effect of foreign currency fluctuation on capital gains is eliminated, but no benefit is provided in respect of indexation of cost of acquisition of such shares.

Given that the provisions relating to capital gain in various Tax Treaties may be different for transfer of shares and debentures, one should evaluate whether any additional benefit in terms of capital gains would be available post conversion of debentures into shares, and act accordingly.

Where shares of an Indian company are transferred by way of gift under a corporate reorganization of the MNC group, or transferred at less than fair value (specified under the IT Act), it may trigger tax implications under the Indian domestic law in certain specified circumstances in the hands of the recipient. Further, any transfer of shares under a merger of one foreign company into another/demerger of an undertaking of one foreign company into another, may be tax neutral, provided certain specified conditions are satisfied.

For any queries, please write them in the Comment Section or the author can be reached at contact@sortingtax.com

FAQs on FDI in India

Question: Define the following terms in the context of foreign Direct Investment in India : –

Note: If on the basis of an increase in the total shareholding of a foreign resident in an Indian entity becomes 10% or exceeds it i.e. an FPI converts into an FDI, then if such shareholding drops below 10%, it shall still remain an FDI.

Question: If a sector has been shifted from the Automatic Route to Approval Route, does the non-resident, who has invested in that sector, require approval?

Answer: If the foreign investment remains the same and there no corporate action that is being brought under the purview of that sector under the Approval Route, no approval is to be obtained.

Question: What is the meaning of FDI linked performance conditions?

Answer: Sector specific conditions mentioned in Regulation 16 of FEMA 20(R) are guidelines that need to be followed by the companies that receive foreign investment.