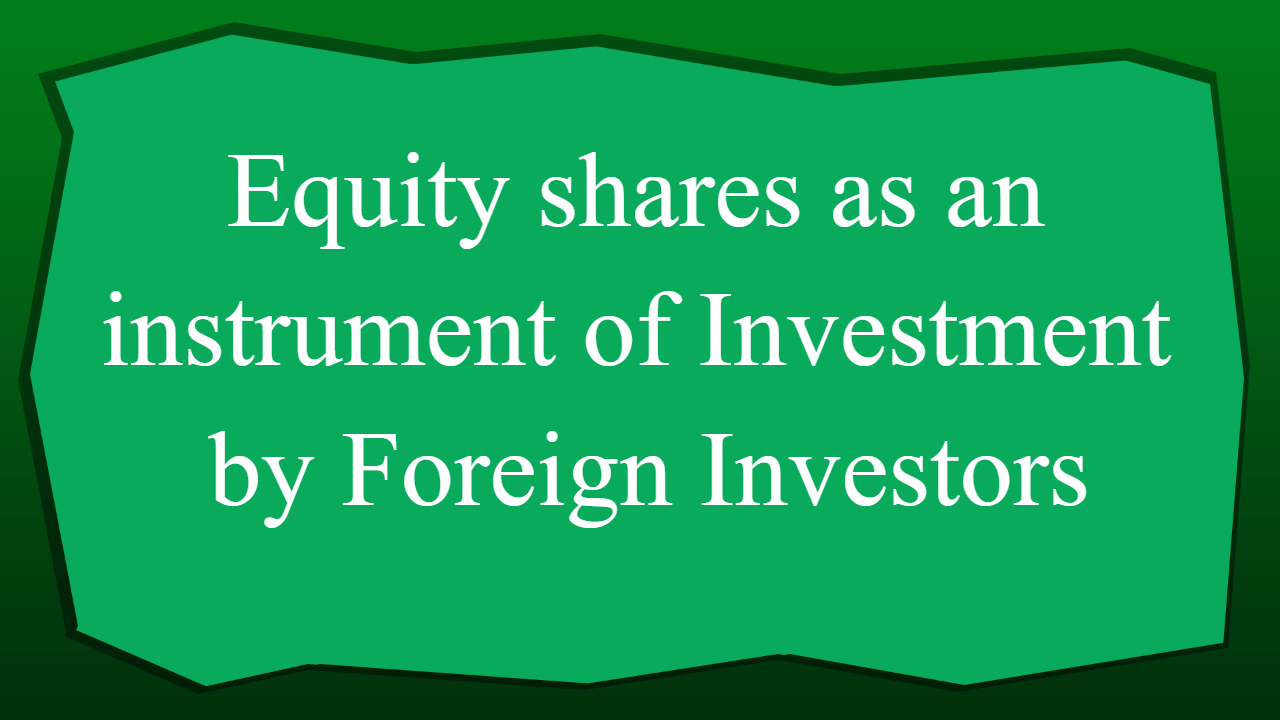 When a foreign company invests in India, they have to chose, which instrument should be used to invest. It could be either shares (Equity, Preference, Convertible or Non convertible), Debentures or Loans. Equity Shares, are the most commonly used instrument , by various foreign companies to invest into an Indian Company, or in case of acquisition of controlling stakes in existing companies.

Under the existing FDI guidelines, the price at which fresh shares are issued by the Indian Company to a non resident, should not be less than the price determined as per any internationally accepted pricing methodology for valuation of shares . Generally, discounted cash flow method is the most commonly used method for arriving at the fair value of shares.

Transfer of Equity Shares, is liable to Capital Gains tax in India. There is a special mechanism for taxation of shares of an Indian company, which are subscribed to in foreign currency by non- resident, whereby the effect of foreign currency fluctuation on capital gains is eliminated, but no benefit is provided in respect of indexation of cost of acquisition of such shares.

Given that the provisions relating to capital gain in various Tax Treaty may be different for transfer of shares and debentures, one should evaluate whether any additional benefit in terms of capital gains would be available post conversion of debentures into shares, and act accordingly.

Where shares of an Indian company are transferred by way of gift under a Corporate reorganization of the MNC group, or transferred at less than fair value (specified under the IT Act), it may trigger tax implications under the Indian domestic law in certain specified circumstances in the hands of the recipient. Further, any transfer of shares under a merger of one foreign company into another/demerger of an undertaking of one foreign company into another, may be tax neutral, provided certain specified conditions are satisfied.

For any queries, please write them in the Comment Section or the author can be reached at arinjayjain@sortingtax.com