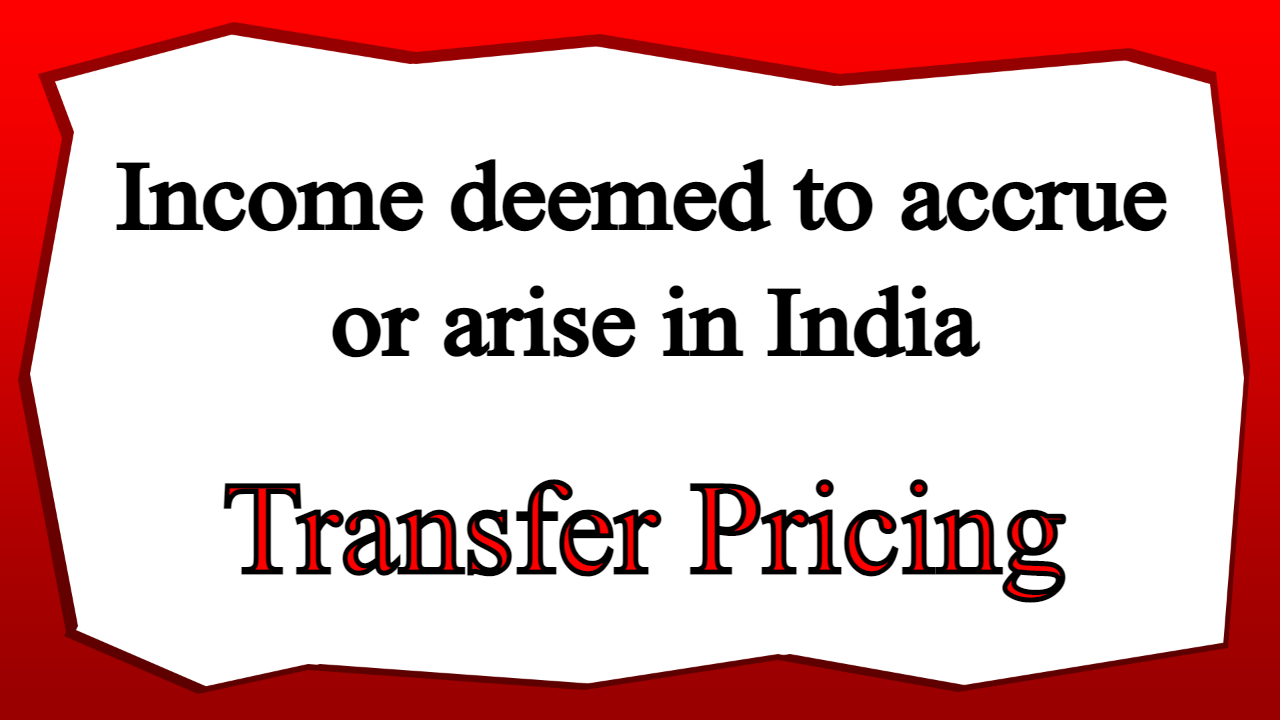 Mr. Amar is working as a tax advisor for a law firm based in Lajpat Nagar, Delhi.  He has two sons, namely, Akbar and Anthony who both went to Country X in 2010 after completing their LLM from Netherlands based University.  Both were appointed as Tax associate in a reputed law firm based in Country X and they never came back to India since then. Mr. Amar has gifted following money in the month of December, 2019 : –

b)He has gifted INR 10,00,000 to Miss Keen residing in Country X , to whom Anthony is getting married. Miss Keen is non-resident for Indian tax purpose during PY 2019-20

Mr. Amar has requested you to provide your opinion on the taxability of such gifts in the hands of non-resident recipients of income.  Further, which of the aforesaid recipients would be liable to file return of income in India?

Assume that Country X does not have a double-taxation avoidance agreement with India and none of the aforesaid recipients had any Indian sourced income other than gift of money.

Under the existing provisions of the Act,  gift of monies exceeding INR 50,000 would be taxed in the hands of recipient, except for certain cases which are covered under exemptions provided in clause (x) of sub-section (2) of section 56.

The Finance Act, 2019 has inserted new clause (viii) of sub-section (1) of Section 9(1) to provide that gift of money exceeding INR 50,000 by a person resident in India to a non-resident shall be deemed to accrue or arise in India.

However, while calculating the aforesaid monetary limit of INR 50,000 any sum of money received from relative shall not be considered. Thus, any receipt of monetary gift by non-resident shall not be taxable in India even if the value money gifted exceeds INR 50,000 during the PY.

Since Mr. Akbar is the son of donor, he is covered within the definition of relative as specified in Section 56(2)(x) of the Act. Accordingly, any receipt of gift by Mr. Akbar would not be deemed to accrue or arise in India.  Since, such receipt of gift by Mr. Akbar is not taxable in India and he has no other Indian sourced income, he is not liable to file any income tax return in India for the PY 2019-20.

Gift of money to Miss Keen : –

At the time of gift of money , Miss Keen was not married to Mr. Akbar. Hence she is not the spouse of son of Mr. Amar and  accordingly, she is not covered within the definition of relative u/s 56(2)(x) of the Act. Accordingly, receipt of gift by Miss Keen , a non-resident for INR 10,00,000, would be taxable in India. Miss Keen is required to file income tax return in India since her total Indian sourced income exceeds INR 2,50,000.

Gift of money to Friend :-

Since, Mr. Amitabh is not covered within the definition of relative u/s 56(2)(x) of the Act, he is not exempt under the provisions of Section 56.  However, since the amount of gift of money does not exceed INR 50,000, such gift would not be taxable in India and accordingly, Mr. Amitabh is not required to file income tax return in India , since he has no other Indian sourced income during the PY 2019-20.