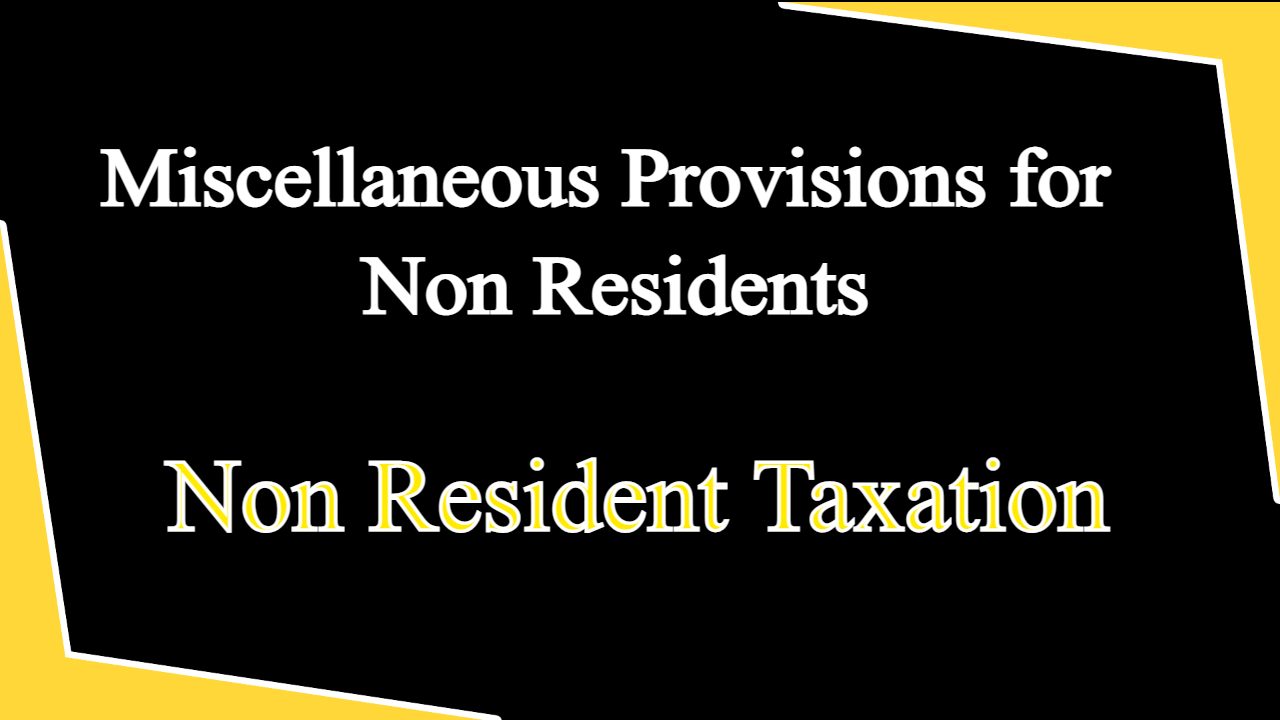 Under the provision of Section 139, following person are mandatorily required to file return of income : –

Every non-resident is also required to file return of income,  in respect of income deemed to accrue or arise in India u/s 9(1).However, it shall not be necessary for a non-resident Indian to furnish a return of his income u/s 139(1) if —

Besides this, there are several other provision which contains similar provision, wherein if the non-resident derives certain specific  incomes , which are generally chargeable to Tax at a flat rate, and the requisite TDS thereon has been deducted, the non-resident is exempted from filing return of income in India.

DUE DATE OF FILING RETURN OF INCOME [SECTION 139]

The due date of filing return of income in the case of various assessees including the non-residents are as under : – 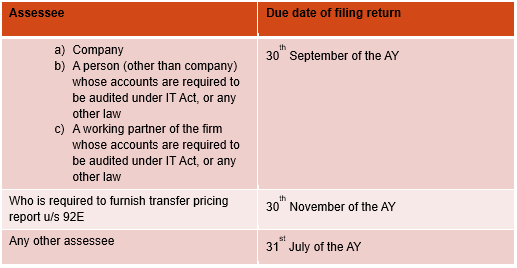 WHO IS REPRESENTATIVE ASSESSEE ? [SECTION 160]

WHO MAY BE REGARDED AS AGENT OF NON-RESIDENT ? [SECTION 163] 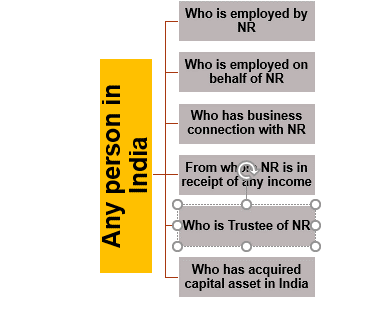 Agent”, in relation to a non-resident, includes any person in India : –

However, it may be noted that no person shall be treated as the agent of a non-resident , unless he has had an opportunity of being heard by the Assessing Officer as to his liability to be treated as such.

BROKER MAY NOT BE REGARDED AS AGENT ? [SECTION 163]

A broker in India who, does not deal directly with or on behalf of a non- resident principal, but deals with or through a non-resident broker shall not be deemed to be an agent, if the following conditions are fulfilled, namely:— 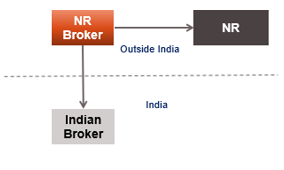 Every representative assessee shall be subject to the same duties, responsibilities and liabilities as if the income were income received by or accruing to or in favour of him beneficially.

He shall be liable to assessment in his own name in respect of that income but any such assessment shall be deemed to be made upon him in his representative capacity only ;

The tax shall, be levied upon and recovered from him in like manner and to the same extent as it would be leviable upon and recoverable from the person represented by him .

Where any person is assessable under this Chapter in the capacity of a representative assessee, he shall not, in respect of that income, be assessed under any other provision of the IT Act .

Representative assessee has the following rights : –

Every representative assessee who paysany sum(i.e., income-tax, interest, penalty, etc.) under the IT Act shall be entitled to recover the sum so paid from the person on whose behalf it is paid .

Every representative assessee who pays any sum(i.e., income-tax, interest, penalty, etc.) under the IT Act shall be entitled to retain out of any moneys that may be in his possession [or may come to him] in his representative capacity, an amount equal to the sum so paid.

Any representative assessee, may retain out of any money payable by him to the person on whose behalf he is liable to pay tax (i.e., principal), a sum equal to his estimated liability under the IT Act.

In the event of any disagreement between the principal and such representative assessee as to the amount to be so retained, such representative assessee may secure from the Assessing Officer a certificate stating the amount to be so retained pending final settlement of the liability,  and the certificate so obtained shall be his warrant for retaining that amount .

REMEDIES AGAINST PROPERTY IN CASES OF REPRESENTATIVE ASSESSEES  – SECTION 167

Where any demand is raised by the Assessing Officer, whether against the

Where a non-resident is   entitled to deemed income referred to in Section 9(1)(i), the tax chargeable on such income,  whether in his name or in the name of  a representative assessee, may be recovered by way of deduction under any of the provisions of Chapter XVII-B.

Further, any arrears of tax may be recovered also in accordance with the provisions of the IT Act , from any assets of the non-resident which are in India, or may at any time come, within India.

Where an assessee is in default or is deemed to be in default in making a payment of tax, the Tax Recovery Officer may, if the assessee has property in a country outside India*, forward to the CBDT, a certificate drawn up by him u/s 222 and CBDT  may take such action thereon as it may deem appropriate having regard to the terms of the agreement with such country.

* Being a country with which the Central Government has entered into an agreement for the recovery of income-tax under the IT Act and the corresponding law in force in that country.

Where the Government of any country outside India* has to recover any taxes from a property of a taxpayer, which is located in India, such Government may send a certificate for the recovery of any tax due under such corresponding law of that Country to CBDT . On receipt of such certificate the CBDT  may forward such certificate to any Tax Recovery Officer , within whose jurisdiction such property is situated and thereupon such Tax Recovery Officer shall –

A place of business to act as