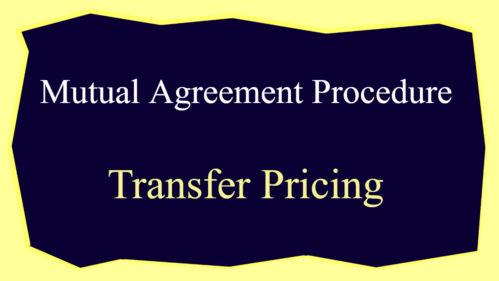 Mutual Agreement Procedure (MAP) is a special facilitative procedure set out in various tax treaties that allows designated government representatives of Treaty partners (”referred to as Competent Authorities”)  to work together, and resolve  international tax disputes, including cases of double taxation arising out of application of the Convention.

MAP can be used to eliminate double taxation that could arise from a transfer pricing adjustment.

As per Article 25 of the OECD Model tax convention, mutual agreement procedures are generally used in the following cases:

Categories of Disputes covered under MAP

MAP also provides relief in cases where automatic relief are not available, such as tax credits, tax exemption, etc.

Application for giving effect to MAP

Where a person considers that the actions of one or both of the Contracting States result or will result for him in taxation not in accordance with the provisions of this Convention, he may, irrespective of the remedies provided by the domestic law of those States, present his case to the competent authority of the Contracting State of which he is a resident or national.

This case must be presented within three years of the date of receipt of notice of the action which gives rise to taxation not in accordance with the Convention. 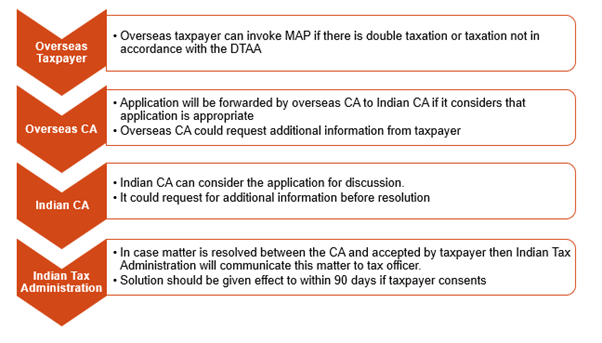