NRI returning to India and continuing to have overseas income 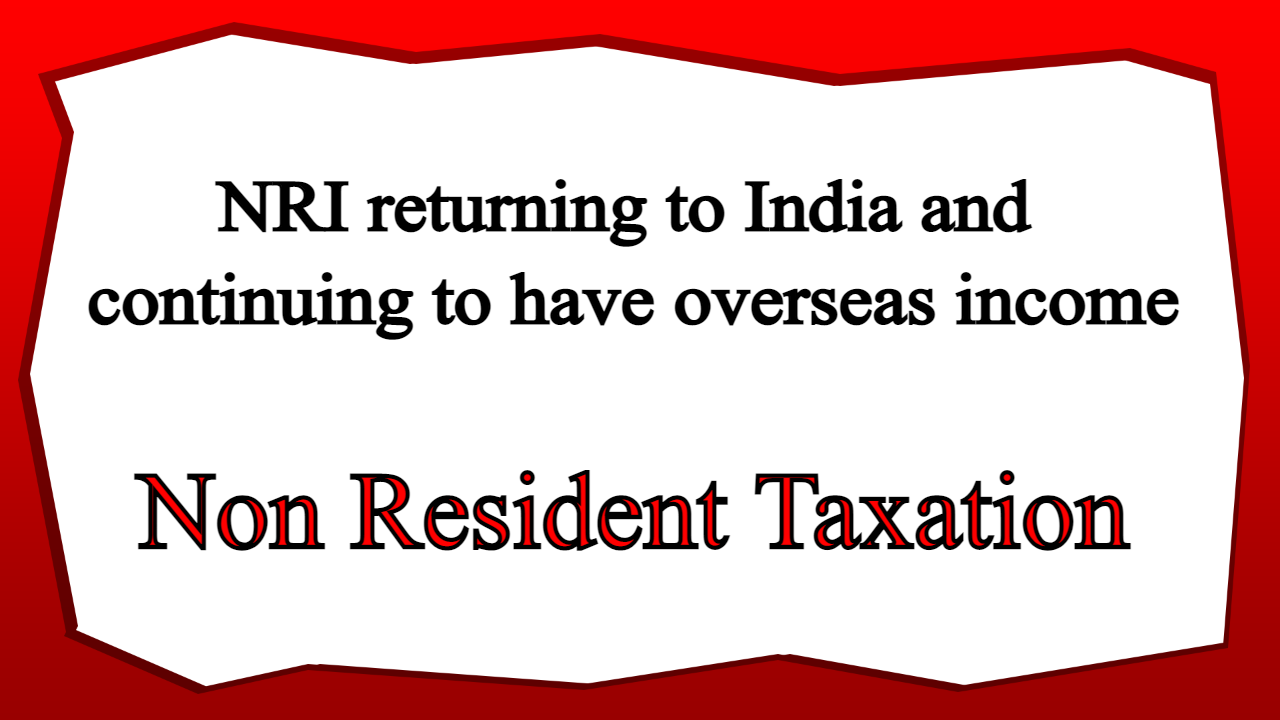 Peeyush, a Non-Resident Indian returned to India on 12th June, 2018 for permanently residing in India after a stay of about 20 years in U.K., provides the sources of his various income and seeks your opinion to know about his liability to income tax thereon in India in assessment year 2019-20 : –

i. Income of rent of the flat in London which was deposited in a bank there. The flat was given on rent by him after his return to India since July, 2018.

ii. Dividends on the shares of three German Companies which are being collected in a bank account in London. He proposes to keep the dividend on shares in London with the permission of the Reserve Bank of India.

As per Section 6(1), an individual is said to be resident in India in any previous year, if he satisfies any one of the following basic conditions : –

a)He has been in India during the previous year for a total period of 182 days or more; or

A person is said to be RESIDENT AND ORDINARILY RESIDENT if he satisfies both the additional conditions specified under section 6(6).

CONDITION I : – Individual has been resident in India in 2 out of 10 previous years immediately

CONDITION II : – Individual has during the 7 previous years preceding the relevant previous year been in India for a period of 730 days or more.

However, in the present case, Peeyush never came to India in last 20 years and accordingly,  he was a non-resident in nine out of ten previous years preceding P.Y.2018-19 , and his stay in India during the seven previous years is less than 730 days. Thus, he is Resident but Not Ordinarily Resident .

As per section 5(1), an assessee who is resident but not ordinarily resident would be liable pay tax only on income received / deemed to be received in India , accruing or arising / deem to accrue or arise in India . He is not liable to pay tax on income which accrues or arises outside India, unless it is derived from a business controlled in, or a profession set up in, India.

ii.In this case, dividend is also collected (received) in a bank account in London. As, such dividend income is accrued and received outside India and  it shall not be included in the income of Peeyush

iv.Capital gains from sale of shares would be taxable in the year in which such shares are sold . At the time of sale of shares, Peeyush was non-resident, and accordingly, such gains shall not be taxable in India in that year . No taxability would arise in current FY 2018-19 due to repatriation of sale proceeds when shares were sold in preceding years.