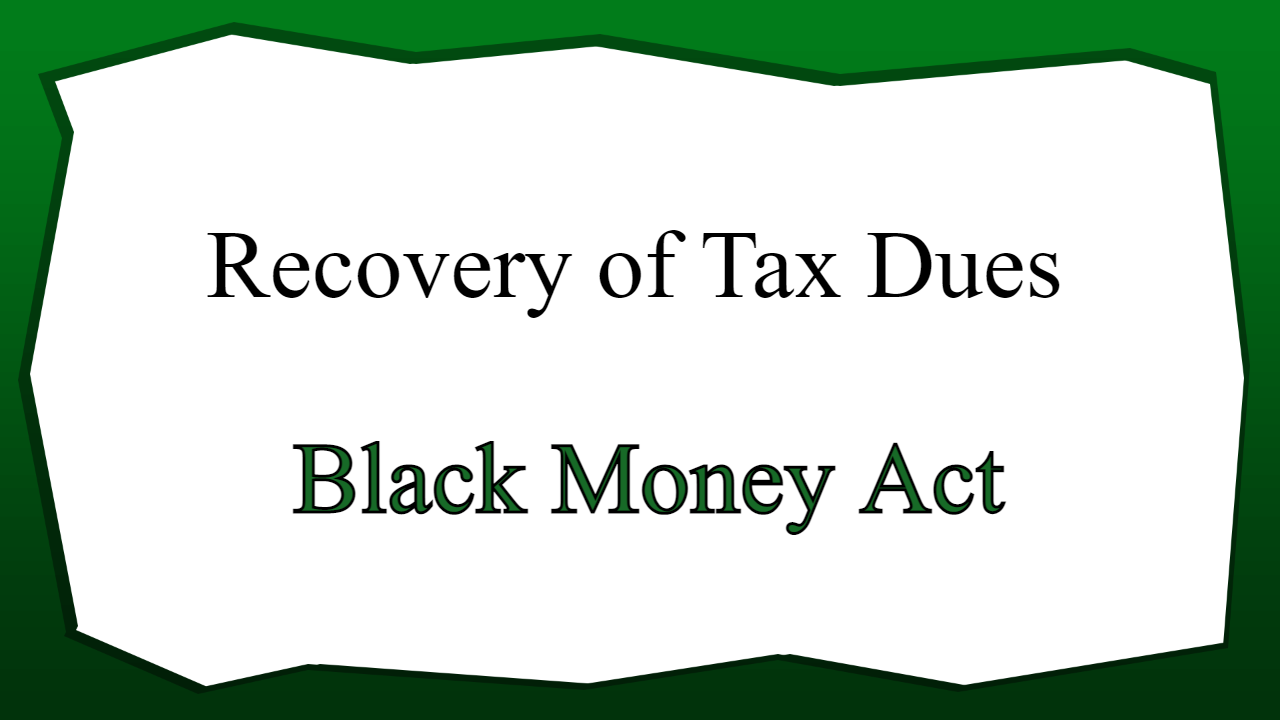 PENALTY IN RELATION TO UNDISCLOSED FOREIGN INCOME AND ASSET – SECTION 41

Failure to furnish return of income u/s 139(1) by a person, being a resident and ordinarily resident in India would invite penalty of Rs 10 lakhs, if such person –

Where a person, who is a   resident and ordinarily resident in India in India , fails to furnish any information or furnishes inaccurate particulars in return of income relating to any foreign asset, such person would be liable to penalty of Rs 10 lakhs.  Such foreign asset, may be held by such person as a beneficial owner or otherwise, and would also include financial interest in any entity located outside India.

Similar penalty would be levied when there is failure to furnish any information or furnishing of  inaccurate particulars in return of income,  relating to income from a source located outside India.

Penalty shall not be levied if aforesaid failure is in respect of foreign bank accounts having an aggregate balance of Rs. 5 lakh or less at any time during the previous year.

We have already discussed the valuation mechanism of foreign bank account in detail. However, for determining the value in INR of the balance in an foreign bank account, the rate of exchange shall be the telegraphic transfer buying rate of such foreign currency as on the date for which the value is to be determined,  as adopted by the State Bank of India constituted under the SBI Act, 1955 .

PENALTY FOR DEFAULT IN PAYMENT OF TAX ARREAR -SECTIONS 44

Such penalty would also be levied in case of continuing default by such assesse and is   in addition to the penalty prescribed under any other provisions of the Black Money Act.

Where the  assessee has defaulted in payment of tax,  but   has paid all the taxes before the penalty is actually levied, the assessee cannot ask for non-imposition of penalty  merely by reason of the fact that before levy of such penalty, tax has been paid by him.  Even in such a case, penalty shall also be levied.

PENALTY FOR OTHER DEFAULTS – SECTION 45

Under this Section, penalty of Rs. 50,000 to Rs. 2 lakh would be attracted where a person liable to penalty has, without reasonable cause  , has committed –

The procedure for imposing penalty under the Black Money Act is as under : –

For the purpose of imposing penalty, the tax authority shall issue a notice to an assessee,  requiring him to show cause why the penalty should not be imposed on him.

The show cause notice (SCN) shall be issued –

An order imposing a penalty shall be made only after giving the assessee an opportunity of being heard.

An order imposing a penalty shall be made with the approval of the Joint Commissioner or the Joint Director ,  if  –

The penalty under the Black Money Act may be levied at the initial stage when assessment is made by the Assessing Officer. In such a case, if such order of AO is challenged before higher authorities like Commissioner (Appeals) or Tribunal or High Court or Supreme Court or such order is revised u/s 23 and 24 of the Black Money Act, then any variation  made by the higher authority in the order of the Assessing Officer, shall require revision of the penalty order.

3. TIME-LIMIT FOR REVISION OR REVIVAL OF PENALTY ORDER : –

For example, if the Commissioner (Appeals) or High Court or Tribunal has passed the order and made substantial changes in the order of Assessing Officer on June 15, 2017, an order for revision of penalty cannot be passed after December 31, 2017.

4. Period to be excluded while computing the period of limitation : –

In computing the period of limitation for imposition of penalty, the following time or period shall not be included –