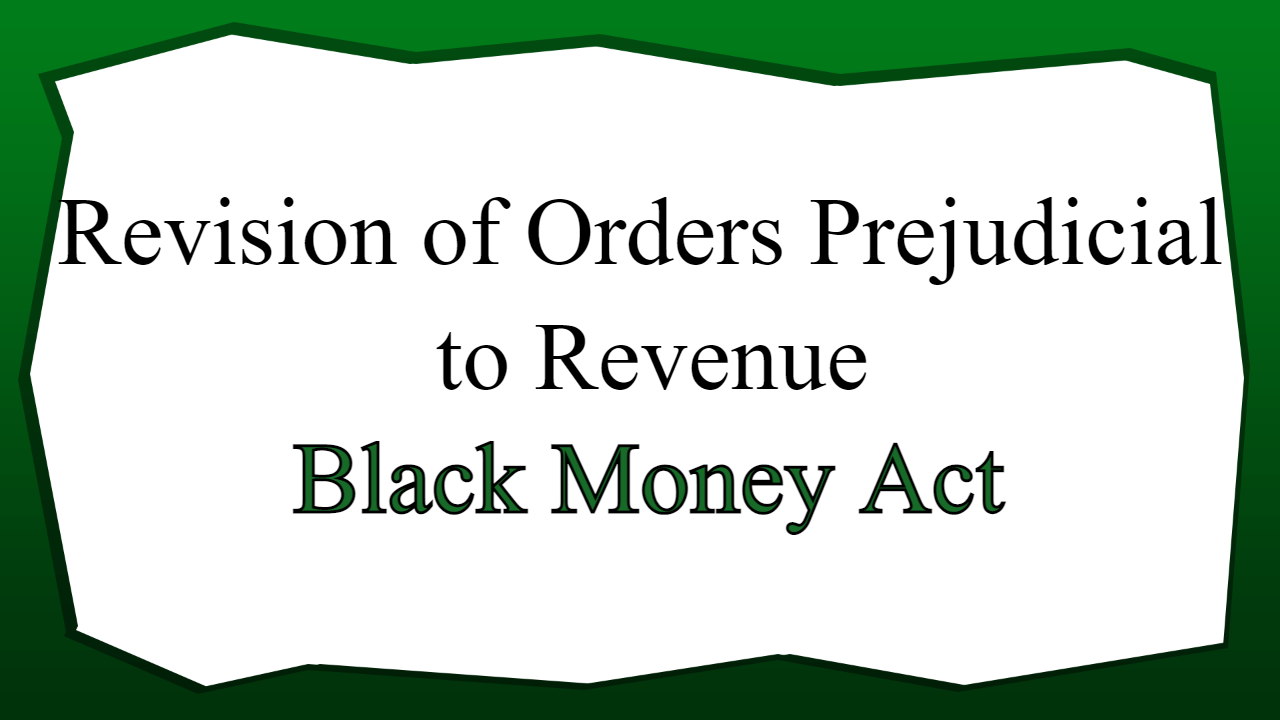 PAYMENT OF TAX DURING PENDING APPEAL

Where any tax is due as per assessment made under the Black Money Act, such tax has to be paid  ,  irrespective of the fact that any appeal is being preferred to the High Court or the Supreme Court.

Let’s consider an example to understand this point. Suppose, the notice of demand is served on December 31, 2017, then such demand shall be paid till January 30, 2018.

Where the assessee does not pay the tax dues of the under the Black Money Act , the recovery can be made by the Tax Recovery Officer , by drawing up Form 5, under his signature a ‘statement of tax arrears’ (Recovery certificate) of the assessee.

The Tax Recovery Officer may rectify any mistake apparent from the record, and extend the time for payment of tax or allow payment of tax by installments.

a) Deduction from salary :-

b) Recovery from the debtor :-

The Tax Department may recover demand from the debtor of the assessee. Let’s understand this point with the help of an illustration. Suppose, demand is recoverable from Mr. L and he did not pay such demand. Mr. L has made credit sales to Mr. M.  The Tax Department can ask Mr. M to pay tax demand of Mr. L, from the sum of monies payable to Mr. L.

The Tax Recovery Officer , who is competent to recover tax dues of the assessee would be the officer, within whose jurisdiction –

Where any company which is under liquidation, is liable to pay any demand under the BMA,  the tax recovery would be made via liquidator of such company. The detailed recovery mechanism in case of company under liquidation is given as under :-

LIABILITY OF MANAGER OF A COMPANY – SECTION 35

The company operates through its Directors or Managers, who manage the affairs of the company. Thus, in cases where the company is unable to pay it tax demand under the Black Money Act,

then every person , who is a manager of the company, would be liable for payment of any amount due under the Black Money Act.

The liability would arise on a person, who was a   manager at any time during the financial year (even for a single day in the FY ) in which the tax default has been made by the company under the Black Money Act.

Where  the company has appointed more than one manager, during the period of default, each manager would be jointly and severally liable for the payment of any amount due under the Black Money Act.

Exception to this provision : –

Where the Manager proves that non-recovery cannot be attributed to any neglect, misfeasance or breach of duty on his part in relation to the affairs of the company, he would not be liable.

Points to be considered :-

a) Exception to this Provision : –

In case of limited liability partnership, the Partner would not be liable, if he proves that non-recovery cannot be attributed to any neglect, misfeasance or breach of duty on his part in relation to the affairs of the partnership.

If the recovery of tax in any area has been entrusted to a State Government under clause (1) of Article 258 of the Constitution, the State Government may direct, that tax has to be recovered therein with respect to that area or any part thereof.

There may be cases where tax may be due from an assessee, who  has a property in a country or territory outside India, and the Central Government has entered into a Double Taxation Avoidance Agreement or Tax Information Exchange Agreement with that country or territory. In such a case, the Tax Recovery Officer may forward a certificate (i.e., hereinafter referred to as recovery certificate) to the CBDT for recovery of the tax arrears from the assessee. On receipt of recovery certificate from Tax Recovery Officer, the CBDT may take such action thereon as it may deem appropriate , having regard to the terms of the agreement with such country or a specified territory.

RECOVERY BY SUIT OR UNDER OTHER LAW NOT AFFECTED – SECTION 39

It shall be lawful for the Assessing Officer, or the Government, to have recourse to any such law or suit, notwithstanding that the tax arrears are being recovered from the assessee by any mode specified in this Chapter. Thus, if there is any other method of recovery from the assessee, the same can be applied simultaneously along with the recovery provision specified under the Black Money Act.