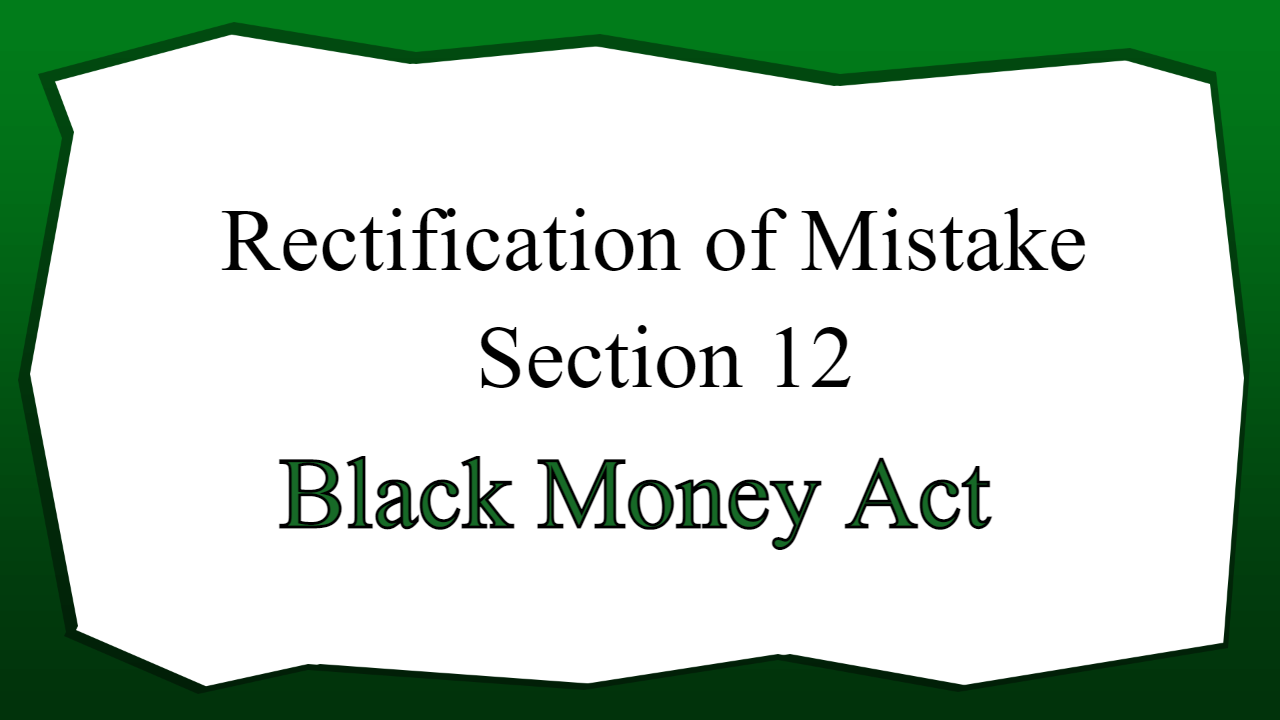 The tax authority can also rectify its order,  if there is any mistake apparent from record in such order.  Such rectification can be made when the mistake is identified by the tax authority itself or when such mistake is brought to its notice by assessee or the Assessing Officer.  This provision is quite similar to Section 154 of the Income-Tax Act, wherein powers are given to income-tax authority to rectify a mistake apparent from record.  The provisions relating to rectification are discussed as under  :-

Where the tax authority applies an inapplicable provision (say tax is imposed on undisclosed foreign income as undisclosed domestic income) .

Overlooking of mandatory provision, would also be considered as a mistake apparent from the record, like in computing value of a foreign bank account, if deposits made from withdrawal from same account are not excluded.

Rectification shall be made within a period of 4 years from the end of the financial year in which the order sought to be amended was passed.

For example, if the tax authority has passed order with an apparent mistake on December, 2017,  such order can be rectified till March 31, 2022.

OPPORTUNITY OF BEING HEARD – SECTION 12(3)

Rectification order shall be passed only when a mistake apparent from record is identified by the tax authority, either   itself or it may be brought to its notice by the taxpayer or the Assessing Officer.

The tax authority may make an amendment : –

Where a tax authority receives an application from the assessee or the Assessing Officer for amendment of an order for a mistake apparent from record, such application shall be decided within a period of 6 months from the end of the month in which the application is received by tax authority .

Summary of provisions relating to rectification of mistake apparent from record are summarized as under : – 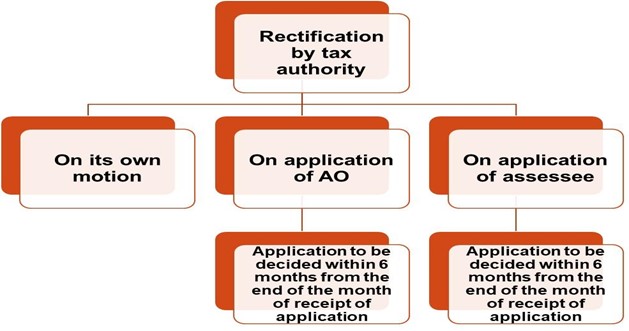 Tax authorities can amend only those matters in the order,  which have not been decided in appeal or revision.

Let us understand this situation with the help of an illustration.

Suppose, Mr. Y is a resident in India and he has a property situated outside India. However, Mr. Y , a foreign citizen, is the legal owner of such property, and Mr. Z is only the beneficial owner of such foreign asset and receives income from such property as a legal owner.  In such a case , direct assessment an also be made on Mr. Z in respect of such foreign property.