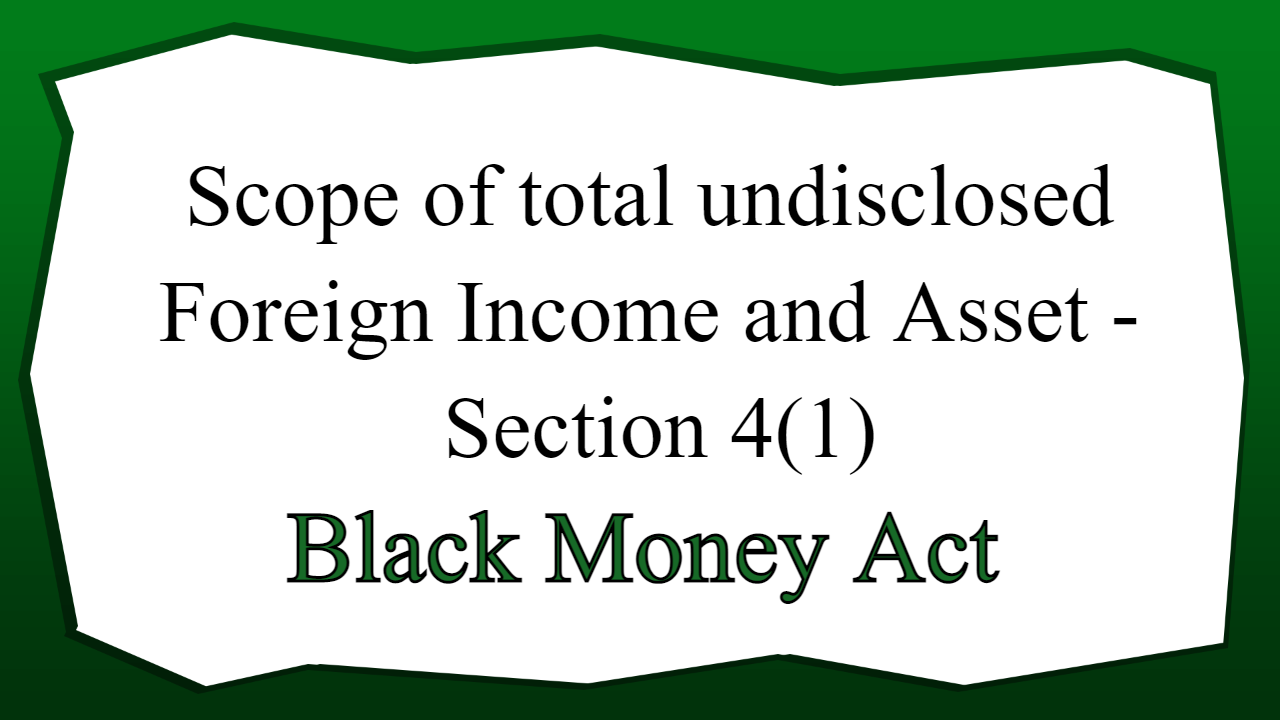 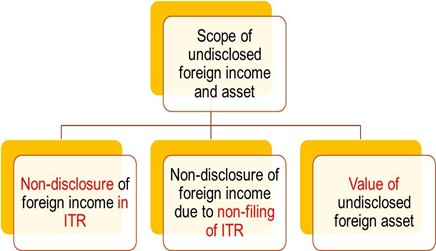 It may be noted , that this clause is applicable , where  the  return of income has been filed , but the foreign income has not been disclosed in such ITR. Such ITR could have been filed within the time-limit u/s 139(1) [which includes revised return] or after the due date as belated return.

In the first case, ITR is filed by the assessee but foreign income is not disclosed in such return. In this case , assessee has income from source located outside India , he is required to file return in India, but such assessee has not filed the return.

It may happen that a   resident and ordinarily resident person has a foreign assets in the form of immovable property, bullion, Jewellery, share in foreign firm, etc. However, such value has not been disclosed to income-tax authorities. In such a case, the value [i.e., fair value as per Rule 3] shall be considered as undisclosed

In this case, the Indian resident is liable to file income-tax return as his total income is more than maximum exemption limit. Further, such interest income would be considered as undisclosed income from a source located outside India .

In certain cases, an assessee may earn certain foreign income, which has been disclosed in his ITR. Subsequently, his case is selected for scrutiny assessment. During, assessment certain additions are made by the AO to such foreign income . The question which arises is,  whether, such addition to the foreign income would also be included in the undisclosed foreign income under the provisions of the Black Money Act ?

The Black money would be taxed in the hands of assessee under two circumstances : –

Kalu Singh, an Indian resident had USD 10,000 in foreign bank account on which he earned interest of USD 500. Such bank account was discovered by AO during the PY 2017-18 and it has been taxed as undisclosed foreign asset and interest as undisclosed foreign income under the Black Money Act . Such interest shall not be considered while computing income of Indian resident under the Income-Tax Act .