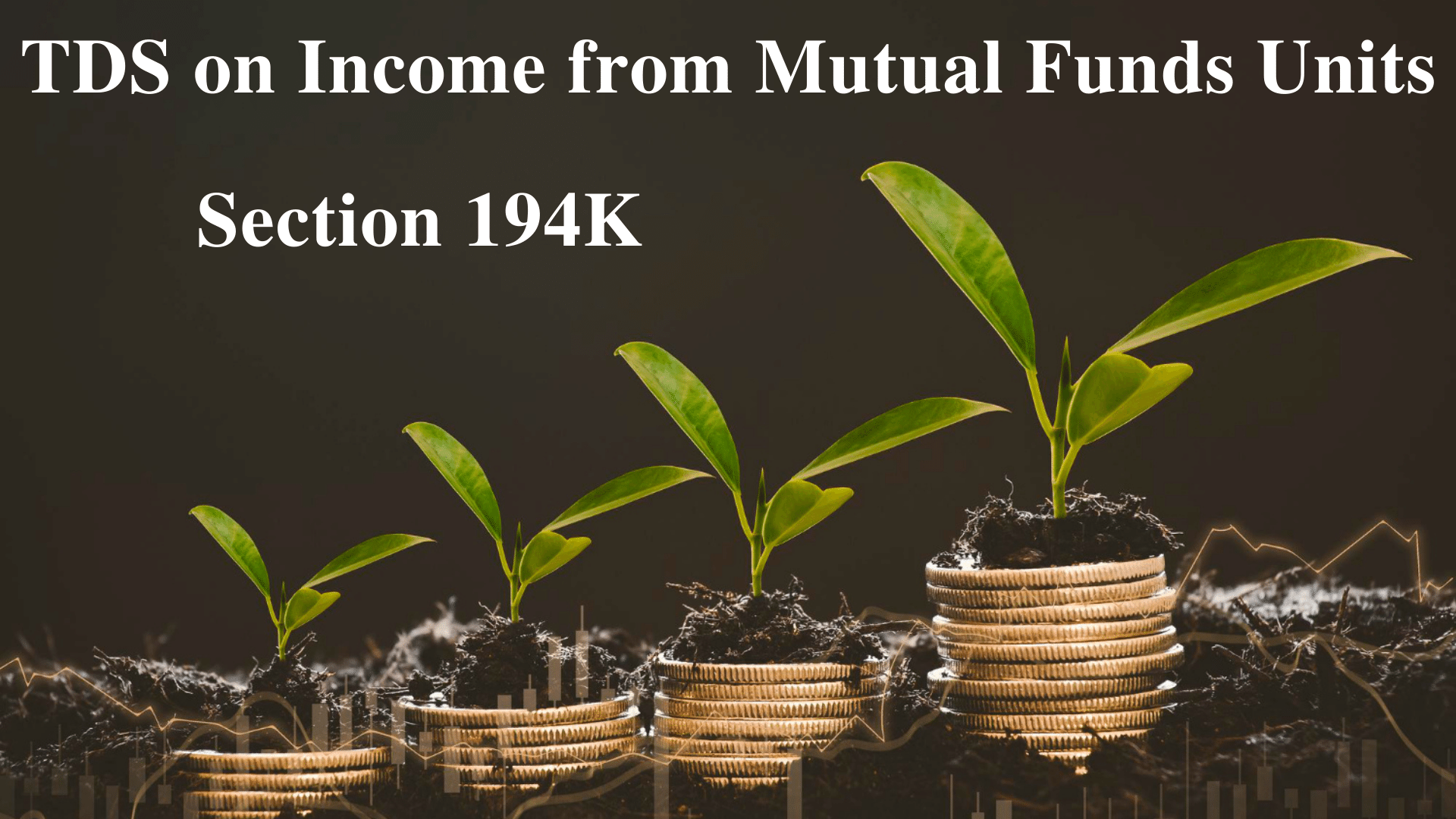 The Finance Act, 2020 introduced Section 194K of Income Tax Act, 1961 (hereinafter referred to as the “Act”) which was brought into effect from April 1, 2020. According to this section, income derived from units of mutual funds shall also be liable to deduction of income tax under the Act. Such income is taxable  in the hands of any Resident individual. This provision was introduced in order to remove double taxation. Let’s take a brief look at the various aspects of this concept.

Prior to the inclusion of Section 194K,  distribution of dividends to unit holders by the Asset Management Company (hereinafter referred to as the “AMC”)  was liable to pay DDT (Dividend Distribution Tax) as well astax on the dividend distributed by the underlying company to the AMC.To remove this difficulty, DDT has been removed and dividends are being taxed only once, i.e.  TDS is now deducted only at the time of distribution of dividend by the AMC to the unitholders.

Types of Income from Mutual Funds

According to  Section 194K, any person paying dividend to Resident individuals on:

, shall be liable for deducting income tax @ 10% at the time of crediting such amount to  the account of the unitholder, or at the time of payment to such unitholder by any mode, if such income is more than Rs. 5000.

Note: If the unitholder fails to produce a valid a PAN Card, the rate of deduction of TDS shall be 20%. In the case the dividend income from mutual funds is paid to NRIs (Non Resident Individuals), TDS shall be deducted according to Section 195 of the Act.

Example 2: If the dividend paid by ABC Mutual Funds Limited to Mr. B is Rs. 4000 in a given Financial Year, then no TDS shall be deducted before such payment of dividend is made.

The Mutual fund is under an obligation to file TDS return in Form No. 26Q quarterly, and issue TDS Certificate in Form No. 16A, which is required to be issued quarterly, within 15 days from the due date of filing quarterly TDS Return.

For the verbatim of Section 194K, find the link attached below;