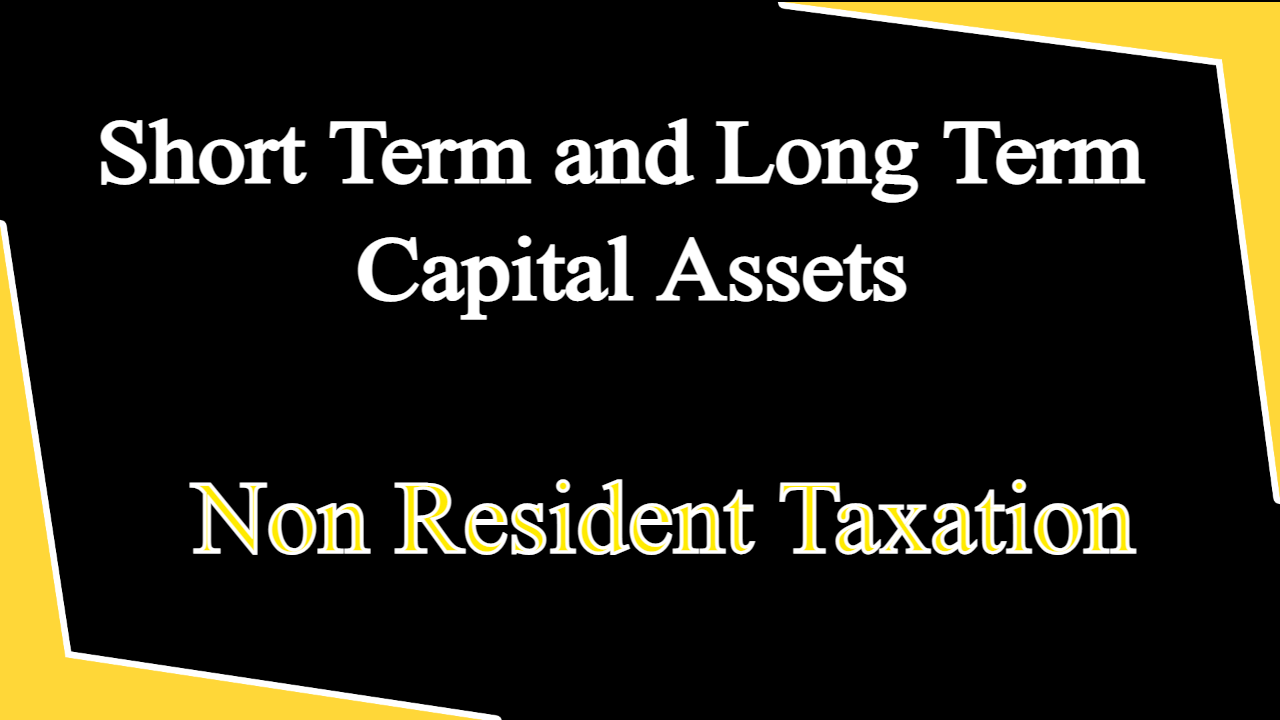 For the purpose of, computing capital gains, a Capital Asset is divided into two categories : –

Let us understand each one of these in detail :-

These Assets would be considered as short-term capital asset if they are held for 12 months or less immediately preceding the date of transfer:

Note : – In case of debt oriented mutual funds, normal period of holding of 36 months will be considered .

Period of holding would be considered as 24 months , instead of 36 months for following assets, to ascertain if they are short term assets : –

Thus, unlisted shares and immovable property,  would be considered as short-term capital assets if they are held for 24 months or less immediately preceding the date of transfer .

Capital asset held for more than 36 months (immediately preceding the date of its transfer) would be considered as long-term capital asset . However, in certain cases , the period of holding required to constitute a long term Capital Asset could be less than the period of  36 months .

Zero coupon bond means a bond which is issued by any infrastructure capital company or infrastructure capital fund or a public sector company or a scheduled bank on or after 1st June, 2005. In case of such Bonds, no payment or benefit is received or receivable by the holder of such bonds,  before maturity or redemption of such bonds by the issuing entity. Such Bonds have to be notified by the Central Government.

Income on transfer of a ZCB (other than those which are held as stock-in-trade) is taxable as capital gains .Maturity or redemption of a ZCB shall also be treated as a transfer , for the purposes of capital gains tax under Section 2(47)(iva). 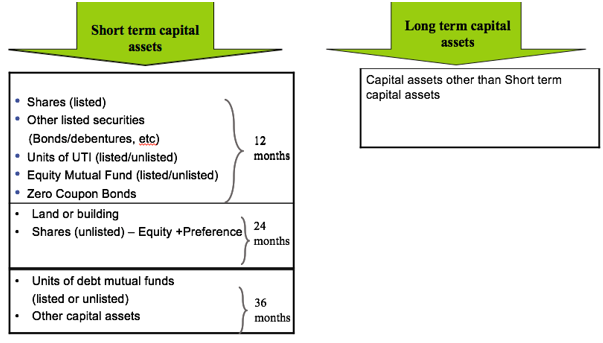 Where share(s) of a company are acquired by the non-resident assessee , on redemption of Global Depository Receipts [referred to in Section 115AC(1)(b)] held by such assesse, the period of holding of such shares shall be reckoned from the date on which the request for such redemption was made .