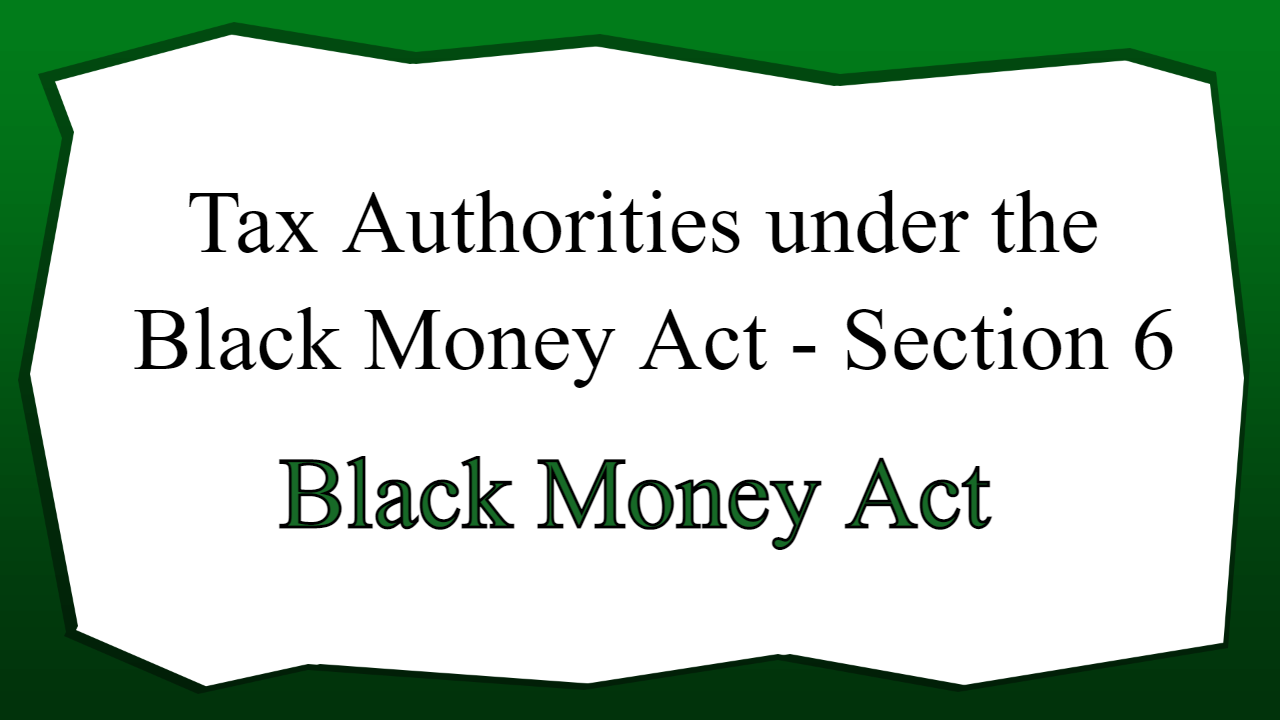 From here onwards, we will study the procedural part of the Black Money Act like, tax authorities, assessments, penalties, etc. This part is similar to the provisions under the Income Tax Act, 1961, which is   covered under the ‘Paper 7 of Direct Taxes’.

Let us first understand who all are   tax authorities under the Black Money Act : –

PERSON ON WHOM TAX AUTHORITIES CAN EXERCISE JURISDICTION?

The jurisdiction of tax authority , is important as it provides  which are the person to whom such authority can issue tax notice,  for dealing with the cases, under the Black Money Act.

There may be a change in tax authority due to succession,   due to change in jurisdiction or any other reason. At the time of such change, it is  possible that certain proceedings are pending before the predecessor officer. In such cases,  the succeeding officer shall continue the proceedings from the stage at which they were left by his predecessor.

Let us understand this provision with the help of an illustration.

Suppose, AO1 is handling proceedings of Mr. V under the Black Money Act. AO1 is transferred to another State and AO2 has taken charge of his jurisdiction, while the case of Mr. V was still pending for disposal. In such a case, AO2 shall continue the proceedings from the stage at which it was left by AO1 after considering enquiries made and information already submitted.

The Powers of the tax authorities are summarized as under : – 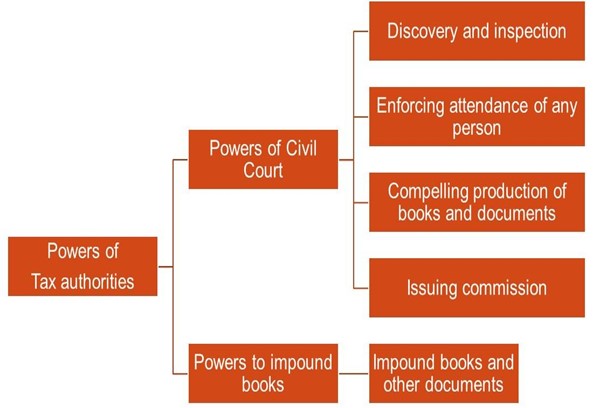 The prescribed tax authority (hereinafter referred as tax authority) has broadly two type of powers, i.e., power of civil court,  and power to impound books. We will now discuss such powers in detail  :  –

i)     Powers regarding discovery and production of evidence – Section 8(1)

USE OF POWERS FOR INQUIRY AND INVESTIGATION- SECTION 8(2)

In order to decide whether any potential proceedings may lie under BMA,  the prescribed tax authorities can make an inquiry and investigation on any person, even if any proceeding is not pending before it.

Let us understand this point with the help of an Example.

Where the assessee has produced any books of account or other documents (like original bills, vouchers, etc.) before the prescribed tax authority, such tax authority may impound such books or documents and retain them in its custody for such period as it thinks fit.

b) retain in his custody any such books or documents for a period above 30 days only after obtaining the approval :-

PROCEEDINGS BEFORE TAX AUTHORITIES TO BE JUDICIAL PROCEEDINGS – SECTION 9(1)

Section 196 of the IPC provides that whoever corruptly uses , or attempts to use any evidence which he knows to be false or fabricated, shall be punished in the same manner as if he gave or fabricated false evidence.

A tax authority shall be deemed to be a civil court for the purposes of Section 195 of the Code of Criminal Procedure, 1973. Section 195 provides for prosecution for contempt of lawful authority of public servants, offences against public justice and offences relating to documents given in evidence.

However, it would not be so deemed for the purposes of Chapter XXVI of the Code of Criminal Procedure, 1973, containing the provisions as to offences affecting the administration of justice.