What is Black Money 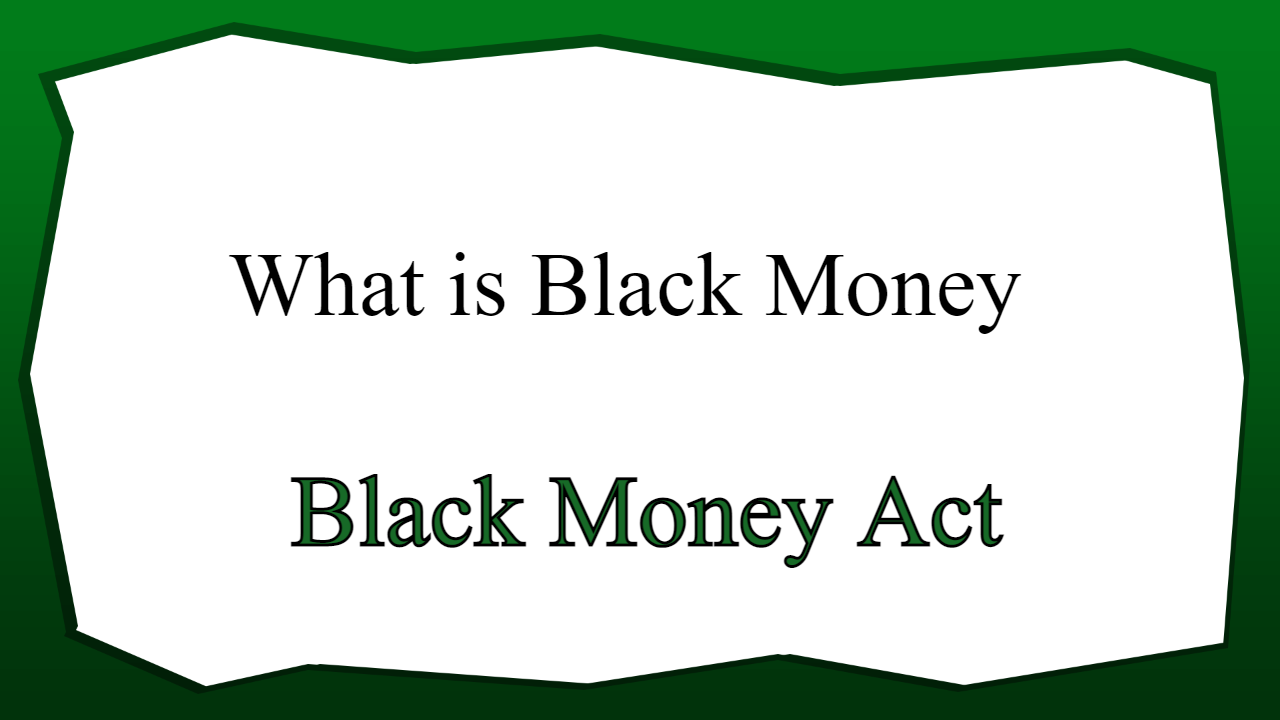 In the recent past, all of you must have heard of Black Money discussions in the media and press, and how , many wealthy people evade payment of taxes and keep them overseas. Before we get into the provision of law, the first question which arises is, what is Black Money ?

Black Money may consist of income generated from legitimate activities,  or activities which are illegitimate per se, like smuggling, illicit trade in banned substances, counterfeit currency, arms trafficking, terrorism, and corruption.

In 2016, the Government had launched Income Declaration Scheme for tax evaders to come clean and declare their black money stashed abroad. For such purpose, the Government had opened compliance window of four months. The income declared under this scheme was taxed at the 45 %.  However, for person who did not opt for this   opportunity , undisclosed income will now be taxed as per the provisions of the Black Money Act .

OBJECTIVES AND FEATURES OF THE BLACK MONEY ACT

The objective of the Black Money Act are to –

APPLICABILITY AND COVERAGE OF THE BLACK MONEY ACT – SECTION 1