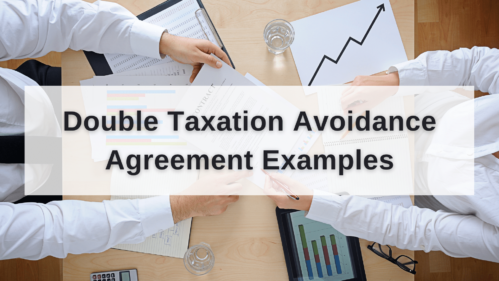 India, under section 90 of the Income tax act 1961 is empowered to enter into Double taxation avoidance agreements. The country has established one of the largest networks of DTAA with over 90 countries.

Some of the examples of such DTAA’s are as follows –

One of the examples of DTAA that India concluded is Indian – Korean DTAA. On September 12, 2016, the new income tax treaty between India and South Korea became effective. The treaty, which was signed on May 18, 2015, supersedes the tax treaty entered between the two countries in 1985. The pact includes Indian income tax, including any surcharges, as well as Korean income tax, corporate tax, and the rural development special tax.

India and Mauritius have comprehensive DTAA to govern the taxation of income. The agreement is applicable to income tax including any surcharge and surtax imposed under Companies (Profits) Surtax Act, 1964 and in case of Mauritius, the income tax.

This DTAA has become one of the controversial DTAA’s that India has entered into. Before 2017 the DTAA stated that the capital gains arising from the sale of shares will be taxable in the state in which the shareholder is a resident not in the state where the company whose shares have been sold is a residence. Thus a company which was incorporated in Mauritius and was selling shares of the company resident in India was not paying any capital gains in India. Because of no capital gains tax in Mauritius, the entire capital gain that arose remained untaxed. This led to FII routing their investment in India through Mauritius based shell companies, in turn leading to loss of tax revenue. In 2017 the government of India amended the treaty and removed this exemption.

The DTAA between India and Malaysia was entered with the objective to boost bilateral trade and facilitate exchange of tax information. This agreement between the nations provide for reduction in withholding rates on income such as dividend, interest, royalty and fee for technical service on a reciprocal basis.

The India – USA DTAA would be applicable to any individual or an estate, a trust, a partnership, a company, any other body of persons, or other taxable entity having income in both India and the USA.

The DTAA entered between India and USA applied to the taxes imposed by the Internal revenue code, social security taxes, Exercise taxes imposed on insurance premiums and with respect to private foundations and income tax including surcharge.

India and Sweden entered into a double taxation avoidance convention first in 1997 for the purpose of avoiding fiscal evasion of taxes on income and capital.

The agreement was recently modified to facilitate the sharing of banking details and other tax related information between the countries. This amendment will allow the countries to use the information for non-tax purposes if the supplying state agrees to the same.

After the amendments to India- Mauritius, India – Singapore and India – Cyprus treaty to prevent routing of investment through these nations, Netherlands has become the next favorable nation as it provides exemption to a Dutch shareholder from Indian capital gains tax provided they meet requirements under the treaty.