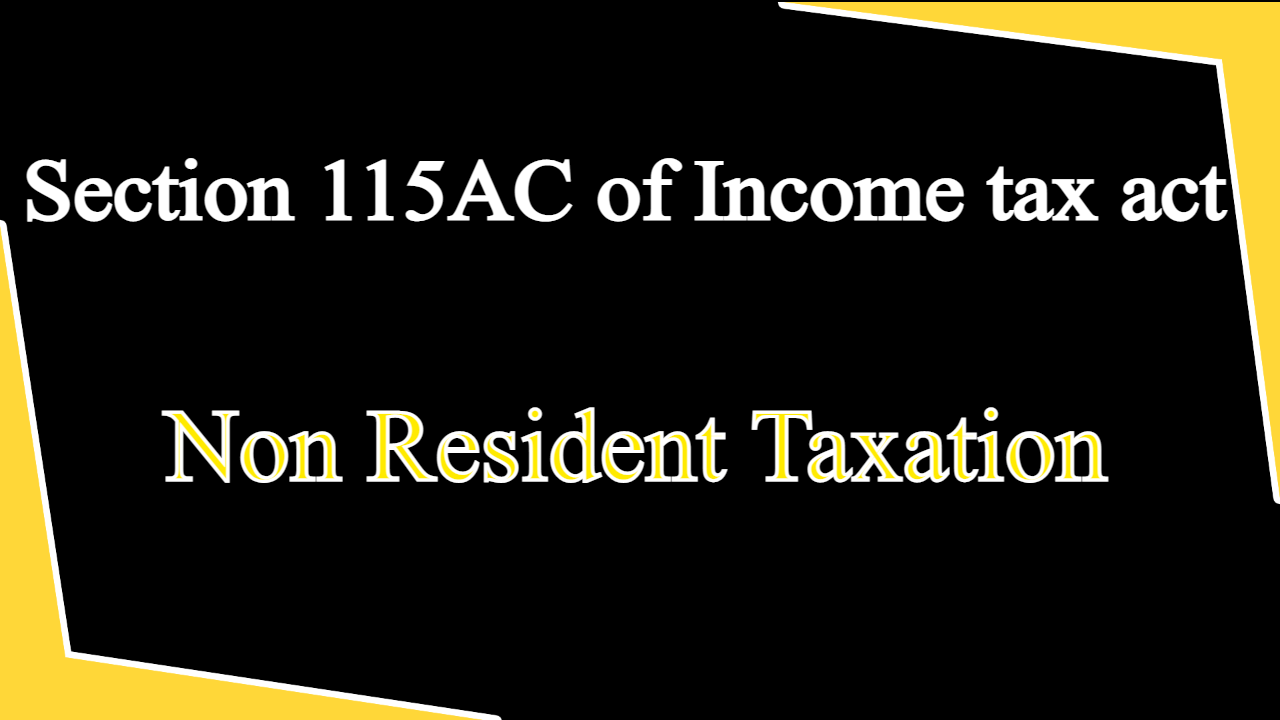 Under the provisions of the Income Tax Act, the following income would have concessional rate of tax mentioned against them : –

Certain other provisions, relating to a non-resident who derived income by way of dividend and interest preferred above relating to the tax rates, obligation to file return of income and others are discussed as under : –

Where the gross total income of the non-resident consists of other incomes, then, the deduction under Chapter VI-A will be available in respect of other incomes [Section 115AC(2)]

shall not apply for the computation of long-term capital gains arising out of the transfer of long term bonds or long term GDRs.

d) Filing of Return of Income not Required

The non-resident shall not be required to furnish return under section 139(1), if  –

Where the GDR or bonds referred to in Section 115AC of Income tax act, are acquired by the NR in the

by virtue of his holding GDR or bonds in the amalgamating or demerged company, concessional tax treatment would apply to such GDR or bonds.

“Global Depository Receipts” means any instrument in the form of a depository receipt or certificate (by whatever name called) , created by the Overseas Depository Bank outside India and issued to investors against the issue of —

(a) ordinary shares of company listed on a recognised stock exchange in India; or
(b) foreign currency convertible bonds of issuing company;