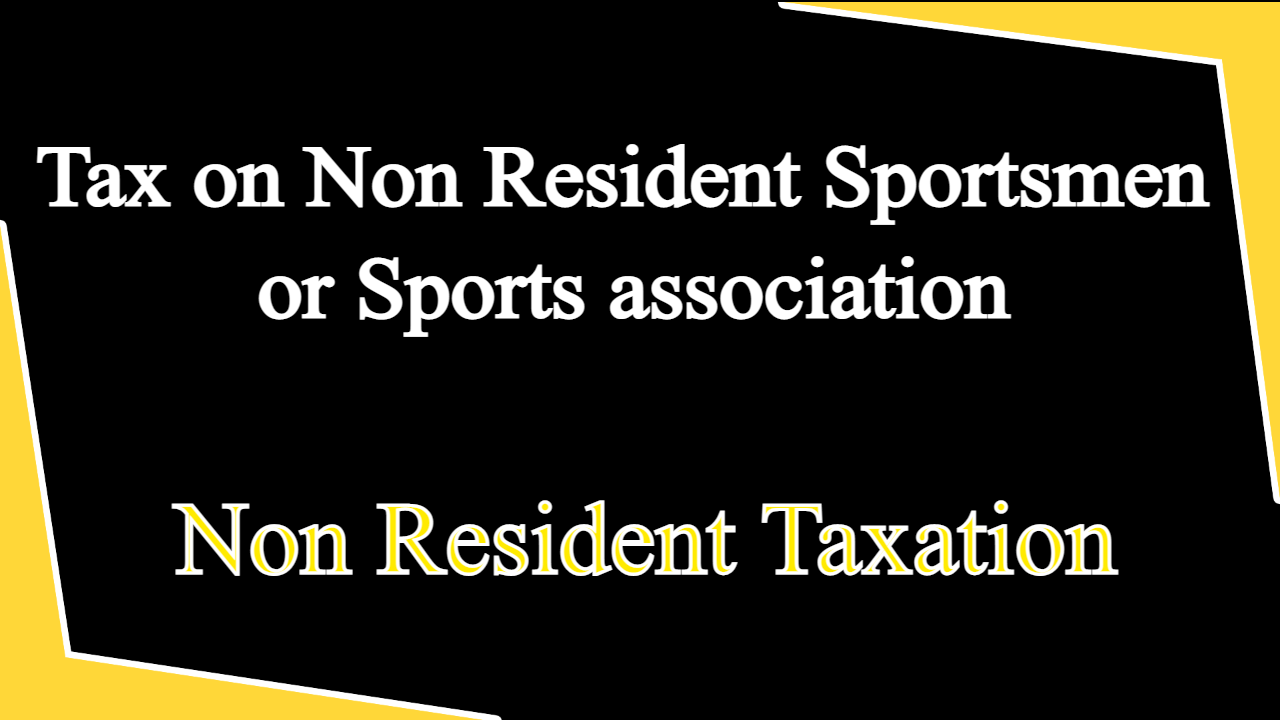 Where a non-resident sportsman (including an athlete), who is a foreign citizen derives following income, they shall be taxable at 20%: –

Any amount guaranteed to be paid or payable to a non-resident sports association or institutionin relation to any game (other than winning from puzzles etc. under Section 115BB) or sport played in Indiashall be taxable at 20%.

Any income received or receivable by non-resident entertainer, who is not a citizen of Indiafrom his performance in India shall be taxable at 20%.

No deduction in respect of any expenditure or allowance shall be allowed under any provision of this Act in computing the aforesaid income of sports person, association or entertainer.

Exemption from filing of returns of income

Non-resident sportsman or sports association or entertainer is not required to furnish return of income under subsection (1) of section 139, if following conditions are satisfied : –

During  financial year 2017-18, Chris, a Cricketer and a foreign citizen participated in India in a cricket tournament in India and won prize money of Rs 10 lacs. He also contributed articles on the tournament in a local newspaper for which he was paid Rs.  2 Lac. He was also paid RS 5,00,000 by a Soft Drink company for appearance in a T.V. advertisement. Although his expenses in India were met by the sponsors, he had to incur Rs. 5,00,000 towards his travel costs to India. He was a non-resident for tax purposes in India.What would be his tax liability in India for A.Y. 2018-19? Is he required to file his return of income, assuming TDS on all the income has been deducted by respective payors ?

Three items of receipts in India, i.e., prize money of Rs 10 lakhs,  amount received from newspaper of Rs 2 lakh and  amount received towards TV advertisement of Rs 5 lakhs  are chargeable to tax at 20% under Section 115BBA, on a gross basis and no expenditure is allowable against such receipts.

He is not required to file his return of income if –